Looks like this Irish actor could be returning to Coronation Street

Simon Delaney looks set to make a big return to the cobbles after his cameo earlier this year.

The Dubliner, who appeared on the soap as Irish jewellery salesman Phil, was a hit with viewers after his Coronation Street role.

Phil Wheeler turned up on the popular Weatherfield street to sell trinkets, before stopping into the Rovers Return for a pint.

END_OF_DOCUMENT_TOKEN_TO_BE_REPLACED

Delaney won over so many fans that his character began trending on social media almost instantly after.

But now the 47-year-old actor, who rose to fame on the RTÉ drama Bachelor's Walk, has dropped a hint that he could be about to become a an even more familiar face. 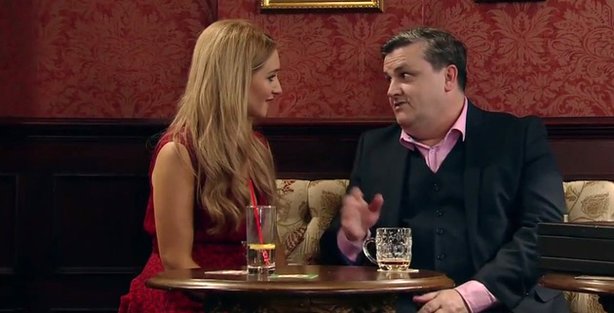 Sources told the Irish Sun that Phil could be returning soon, getting his own jewellery stall in a market near the cobbles.

“There is now talk of Phil coming back but I have no idea if it would be for six weeks or six months.

“The feedback was great, the guy was even trending.

"I know the producers and the writers take notice of things like that so we will have to see how it goes.

"To play a character like that was brilliant, so I’d love to do it again.”