Looks like there could be a Mamma Mia! 3 on the way

The islands of Greece are set to come alive again with the sound of ABBA and we love to hear it.

The producer behind the series has hinted that Mamma Mia! 3 could be on the cards in the near future. If you haven't seen any of the previous two movies that were made you need to get on it before the third comes out.

Whether you're a fan or not you will be familiar with the musicals which featured a star studded cast including Meryl Streep, Pierce Brosnan, Amanda Seyfried and Colin Firth as well as many others. 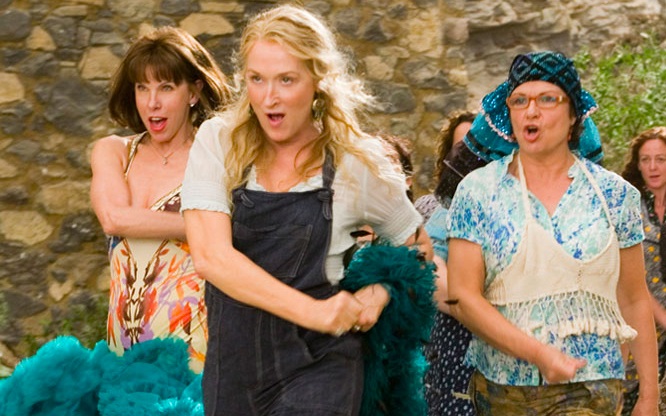 Both films so far have amassed over one billion dollars in total, since the release of the first one in 2008.

Nothing is definite just yet and no word on the actors who are up for it but just knowing it could happen will let fans rest easy at night!

Judy Craymer, the producer behind the franchise told the Daily Mail recently, “I think one day there will be another film, because there’s meant to be a trilogy, you see.” 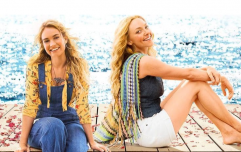 Mamma Mia! Here We Go Again is coming to Netflix this June and hurry up please

END_OF_DOCUMENT_TOKEN_TO_BE_REPLACED

Judy was also responsible for the original stage production of the musical, as well as the film adaptations which were an instant success.

The producer revealed that she had been working on the third film before the corona virus hit, "I was meant to have been getting on with that, in my head, during these months. But then I got hit with COVID fog."

The producer also mentioned that there were four new ABBA songs which two of the original band wore for the virtual concert. “‘I know Universal would like me to do it," Judy said.

So judging by all this information I think it's safe to say it to your family members who love a good musical. Pencil it in and we'll keep you up to date.

popular
5 new additions to Netflix to spend your Saturday night watching
Will Smith admits to 'failing miserably' in 21-year marriage to Jada Pinkett Smith
5 reasons why Limerick is an ideal staycation destination this summer
These €40 Lost Stock fashion boxes are helping support factory workers in Bangladesh
QUIZ: How well do you remember the 2005 movie Pride & Prejudice
After days of silence, Scott and Sofia finally comment on the break up rumours
Why Are Men so Obsessed With Boobs? The Answer is Pretty Surprising...
You may also like
5 months ago
Mamma Mia is returning to Irish cinemas for one day only to celebrate Galentine's Day
9 months ago
There's a Mamma Mia! restaurant event coming to London and lads, imagine
1 year ago
Mark the calendars, a sing-along screening of Mamma Mia! is happening in Dublin
1 year ago
Stop the lights because there could be a Mamma Mia! THREE on the way
1 year ago
We're giving away 2 tickets to Mamma Mia! because of course, mum will LOVE!
1 year ago
Time to get ready, Mamma Mia! the musical is coming BACK to Dublin
Next Page