It's still a while off but we're already buzzing for I'm A Celebrity, Get Me Out Of Here.

The show is set to return to our screens in November and ITV is busy locking down some big names for what'll be the 19th series.

One star tipped to appear on our screens is former Arsenal player Ian Wright.

The soccer star-turned TV pundit is the first name linked with the series so far this year and is said to be in "advanced talks" about becoming a campmate on the hit show.

Producers are dying to have him in the jungle, a source has said, and are willing to part with big money to get him to commit.

He's now working out the logistics to try and make I'm A Celeb fit his schedule, the insider added. 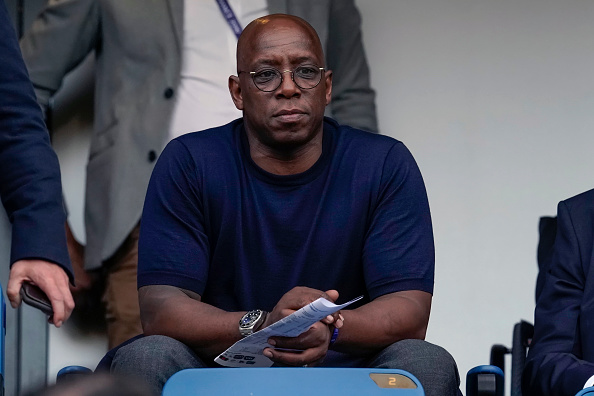 "Ian would be a massive signing for ITV who’ve been keen to get him Down Under for a while," they told The Sun.

END_OF_DOCUMENT_TOKEN_TO_BE_REPLACED

“After watching Harry Redknapp win the last series, Ian has decided he would be up for giving it a whirl.

“He’s been offered a six figure sum to take part.

“Ian’s not afraid of much but has joked to his pals he’ll be useless at the eating tasks because he’s so fussy.”

Ian has yet to comment on the speculation but he certainly wouldn't be the first ex-footballer to take part in the show.

Former player and manager Harry Redknapp was last year's King of the Jungle after winning the show.

popular
Will there be a second season of Gilmore Girls: A Year In The Life? Here's what we know
Kate Middleton has addressed the rumours that she's pregnant with her fourth child
Eight Of The Best Films And Documentaries On 9/11
QUIZ: How well do you really remember the first episode of Sabrina The Teenage Witch?
Paloma Faith announces that she is pregnant after long IVF journey
Here's what happens on every day of your menstrual cycle (roughly)
"Like botox, but without needles" – I tested Gua Sha, and the results were impressive
You may also like
5 days ago
5 Netflix releases to keep an eye out for in October
5 days ago
The Pursuit Of Love is period drama that will be your next TV obsession
6 days ago
4 new additions to Netflix to spend your weekend watching
6 days ago
Oy with the poodles already! Alex and Ani have released a Gilmore Girls collection
2 weeks ago
Here’s who’s on the Late Late Show tonight
2 weeks ago
Gogglebox Ireland returns to TV tonight and there's some new faces!
Next Page