“That is such a waste of a Golden Buzzer!"

Ireland's Got Talent judge Jason Byrne is set to make the ultimate mistake tonight - by "accidentally" pressing the Golden Buzzer.

The move will send the mystery act through to the semi-finals, despite the fact that they had gotten three red buzzers from Louis Walsh, Michelle Visage and Denise Van Outen.

Oh @thejasonbyrne what have you gone and done this time?! 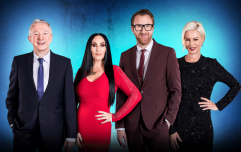 Ireland's Got Talent has been cancelled

END_OF_DOCUMENT_TOKEN_TO_BE_REPLACED

The preview clip for the episode shows Louis reaching over to hit Michelle's buzzer, as Denise tries to the do the same with Jason's.

But in an effort to keep the act - who isn't actually shown on screen - on stage, Jason tries to protect the button... and appears to accidentally end up giving the performer the ultimate life line. 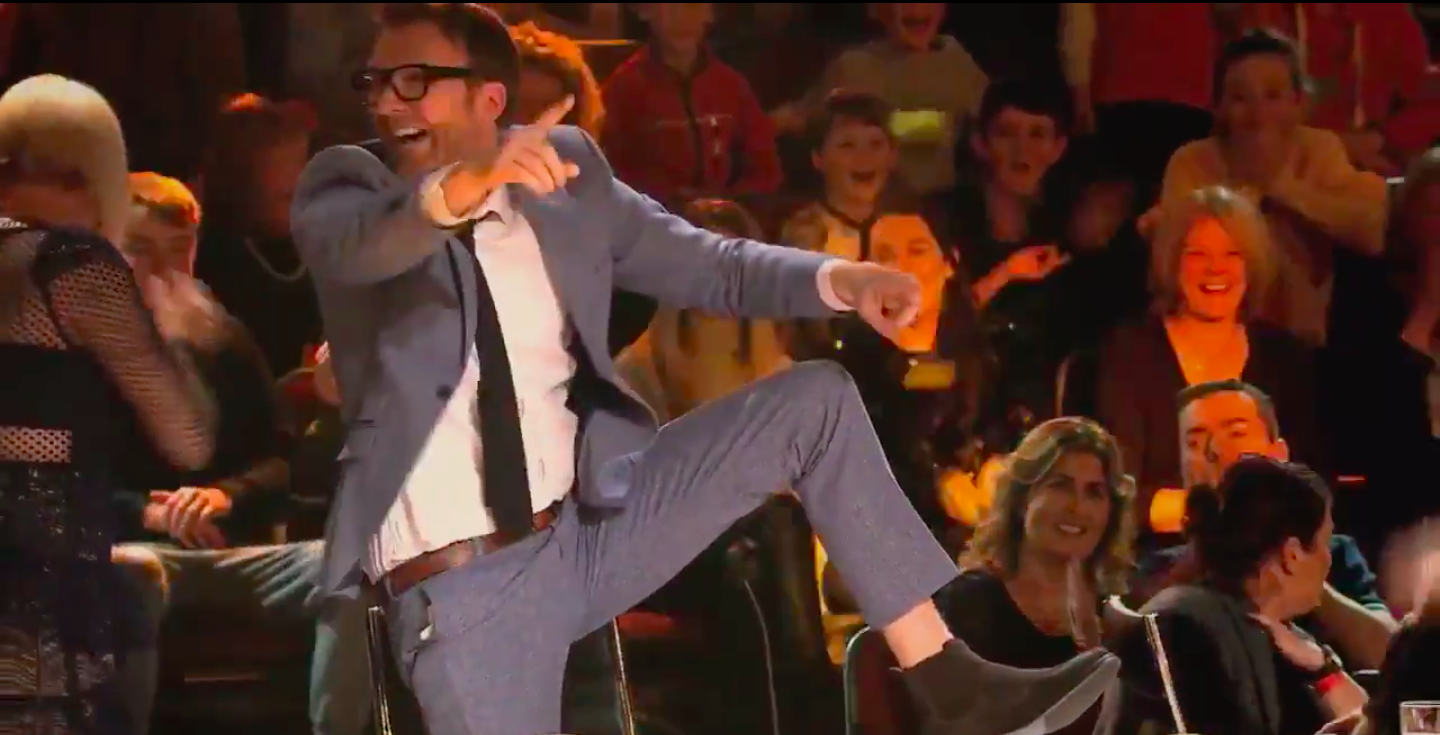 And Louis Walsh was far from impressed.

“That is such a waste of a Golden Buzzer.

“It’s just the singing was so bad, I mean if Cilla Black heard that version she’d be spinning in her grave.”

But the music mogul wasn't the only one who was stunned.

Fellow judges Michelle Visage and Denise Van Outen were floored by the move, as was host Lucy Kennedy and plenty of the audience members.

The act will join Evelyn Williams, the Xquisite Dance Group and Linda McLoughlin in the semi-finals.

popular
Smyths issues warning to parents ahead of Christmas
An All-Stars I'm A Celeb is officially happening
Post Malone dramatically falls through stage during concert
Riverdale actor Ryan Grantham charged with murder of his mother
So, William and Harry have a step sister... and who knew?
RuPaul's Drag Race star Cherry Valentine passes away aged 28
Rylan Clark was hospitalised with two heart failures after marriage breakdown
You may also like
4 years ago
Everyone was blown away by this Galway rapper on last night's Ireland's Got Talent
4 years ago
So, this is what everyone had to say about the first episode of Ireland's Got Talent
4 years ago
James Kavanagh will be fronting one of Simon Cowell's shows on TV3
4 years ago
'More like Dancing With The Staff'... Louis Walsh on Irish reality TV
5 years ago
Could you be the winner of Ireland's Got Talent? Here's how to enter
5 years ago
RuPaul's Drag Race star confirmed as judge on Ireland's Got Talent
Next Page