It looks like a third Sex and the City movie could happen ... with a catch

It looks like another instalment of Sex and the City could be on the cards - with a catch.

After the newest war of words between Sarah Jessica Parker and Kim Cattrall, many fans began to wonder if a third Sex and the City movie would ever be a possibility.

But, according to new reports, movie bosses have decided to go ahead with the film - and end the feud between the pair on-screen, at least, by "killing off" Cattrall's Samantha Jones.

According to The Daily Star, Michael Patrick King - the show's writer - allegedly realised there was no way for the pair to reunite in time for the trilogy, so he is looking at some alternatives.

A movie insider told the publication:

"Michael knows there is no way back, so Kim's character will be sacrificed to make way for someone new." 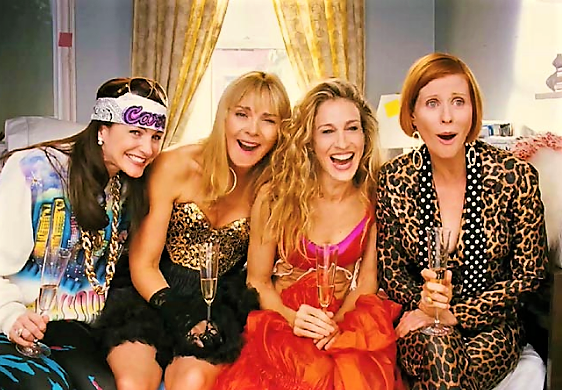 The outlet reports that some of the actresses rumoured as possibilities to replace her include Sharon Stone and Kim Basinger.

It comes as the actress recently opened up about who could possibly replace her as Samantha Jones, should the third Sex and the City film go ahead.

END_OF_DOCUMENT_TOKEN_TO_BE_REPLACED

During a recent appearance on The Ellen DeGeneres Show, Sarah Jessica Parker - who played Carrie Bradshaw on the HBO show - joked that the chat show host could be the one to take over the role.

And it seemed like Kim was totally on board.

Responding to the initial suggestion, she said the talk show host would "be fabulous" in the role.

She followed that up with a list of three other actresses who she reckons would be able to make "Samantha their own".

I am partial to @TheEllenShow but @Oprah was always my 1st ❤️. But then there are the goddess’s @TiffanyHaddish or @SofiaVergara So many fabulous actresses to choose from that will make Samantha their own! https://t.co/ZYRRBWh6QD

"I am partial to @TheEllenShow but @Oprah was always my 1st love. But then there are the goddess’s @TiffanyHaddish or @SofiaVergara.

"So many fabulous actresses to choose from that will make Samantha their own!"

popular
Hollywood couple Joe Manganiello and Sofia Vergara seen enjoying a Cork chipper
You can now apply for tickets to the Late, Late Toy Show
Shirley Ballas books breast exam after Strictly viewers spot lump
You can now get paid to eat wine and cheese for Christmas
An immersive Fifty Shades of Grey experience is coming to London this month
You can now live in the iconic house from Sabrina The Teenage Witch
Irish TikTokers are telling their dads they paid €50 for 'premium air' in their tyres
You may also like
3 weeks ago
Tributes paid as Sex and the City star Willie Garson dies aged 57
2 months ago
The script for SATC reboot got leaked... and it's not looking good for Carrie and Mr. Big
2 months ago
Kim Cattrall could return for season two of And Just Like That
2 months ago
Charlotte and Miranda's children are all grown up in SATC reboot
2 months ago
Everything we know so far about the Sex and the City reboot
3 months ago
New cast members join Sex and the City reboot
Next Page