This is the second year in a row that the cast will step down.

For one day only, the Loose Women ladies will give up their seats for an all-male panel to mark International Men's Day.

The show, called Loose Men, will discuss men's mental health and the stigma that surrounds it.

Iain was part of the panel last year, which was the first time that a man was on the show in its 21-year history.

"It’s a genuine honour to be back on the Loose Men panel," he said. "Last time, it felt like we made something really important.

"Men’s mental health is important because it affects us all and isn’t necessarily clearly visible. So, to get any sort of help you need to articulate what’s wrong. And for many that vocabulary still isn’t regularly used or available.

“This show can go some way to helping that.”

Earlier this year, Loose Women launched Stand by Your Men, a campaign that focuses on male mental health and highlights how important it is for men to seek help if they are struggling.

Mike Tandall also said that he was looking forward to taking part and raising awareness for the issue.

"I am looking forward to being on Loose Men, talking about some really important issues facing men. 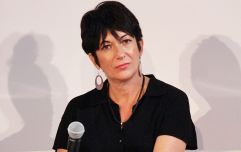 END_OF_DOCUMENT_TOKEN_TO_BE_REPLACED

"Being a rugby player from the north, I think I would probably have a reputation as being strong and just getting on with it, but that doesn’t always work and all of us need to talk about things. This is a great chance to do that.”

The show was met with a hugely positive response in 2020 so ITV decided to run it again this year.

"Hearing from some of the UK’s most famous faces opening up about mental health, bullying and body shaming, kick-started so many important conversations. We simply had to do it again.

“This year’s amazing ‘Loose Men’ line up of Vernon, Iain, Mike and Ore promises to shine a light on even more topics affecting men today – from ageing to relationships and fatherhood, expect eye-opening conversations and lots of laughs along the way.”

popular
These are the top baby names for 2022
Man charged in connection with Ashling Murphy's murder
Teen who pushed girl “head first” under Dart to face trial in adult court
Netflix shares more pictures from Bridgerton season 2
Bob Saget's wife Kelly describes him as "the best man" she's ever known
People are only realising Kendall Jenner and Gigi Hadid are related and the reactions are gas
Here are the Covid restrictions that may be lifted as early as next week
You may also like
1 month ago
Presenter Melanie Sykes opens up about being diagnosed with autism, aged 51
1 month ago
Mel B's very risky joke has been edited out of An Audience With Adele
1 month ago
John Barrowman claims his harassment allegations were "exaggerated"
2 months ago
PETA is calling for a boycott of I'm a Celeb for its "cruel" use of animals
2 months ago
Eamonn Holmes quits This Morning after 15 years
1 week ago
Dawn French shares tribute to Vicar of Dibley actor Gary Waldhorn
Next Page