"I hope the film doesn’t paint over just how horrific he was."

When it comes to entertainment, true crime has never been bigger and we finally have a trailer for one of the most anticipated films of the genre of the past few years.

Extremely Wicked, Shockingly Evil and Vile tells the true story of Ted Bundy, who sexually assaulted and killed over 30 women in the US during the 1970s, burying their bodies in remote mountain locations.

END_OF_DOCUMENT_TOKEN_TO_BE_REPLACED

The film, which premiered at the Sundance Film Festival yesterday, is told through the eyes of Elizabeth Kloepfer, his girlfriend.

Kloepfer and Bundy were together for several years and she and her young daughter were a part of his life while many of his crimes were committed.

Bundy was one of the most prolific serial killers the US has ever seen - but was also noted for his charm and good looks; hence the casting of Zac Efron in the biopic. 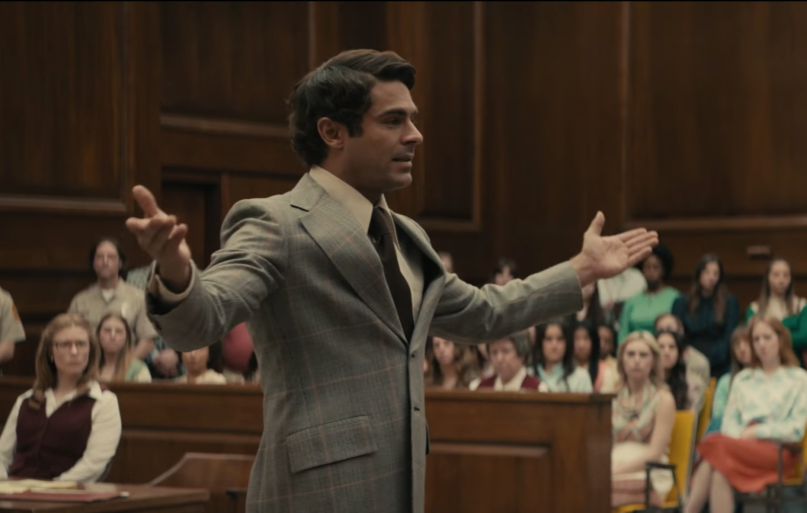 The real-life killer earned himself many female admirers as his notoriety grew, some of whom who turned up in court during his trial.

The trailer for Extremely Wicked, Shockingly Evil and Vile depicts Bundy as something of a rock star - handsome, clever and even loving - as well as a criminal.

Its tone has hit a bum note with some people since it was released online this week.

Many have argued that it is too light-hearted and that it 'sexualises' Bundy, who carried out some brazenly appalling acts against women.

Saw the trailer for #ExtremelyWickedShockinglyEvilAndVile and the vibe was super off-putting. Ted Bundy was a fucking MONSTER and I’m not sure why they are marketing it like an action/comedy blockbuster. I hope the actual movie isn’t this tone deaf. So disappointed. Gross.

Sorry, but the trailer for #ExtremelyWickedShockinglyEvilandVile seems a whole lot like mindless, lighthearted entertainment considering it’s based on a man who murdered 30 women in real life.

Is it just me or is #ExtremelyWickedShockinglyEvilAndVile kinda glorfying a serial rapist, murderer and necrophile? The trailer feels like some Wolf of Wall Street shit, like, nah you're setting an example that if you go rape and murder women @ZacEfron might play you in a movie

It’s okay to love Zac Efron. It’s not okay to love/sexualise Ted Bundy. LOVE THE ACTOR. NOT THE CHARACTER. please and thanks.

Others have argued that the film purposefully romanticises Bundy to emphasise how people were fooled by him.

I've seen a few people missing the point of this trailer.

The reason the trailer seems to be painting him as this charismatic good guy is because Ted Bundy was a very charasmastic, nice all American guy who no one suspected.#extremelywickedshockinglyevilandvile https://t.co/mPXfW7Dpb9

Girls With Goals || Her · Ep.160: The Beauty Of Coaching - Hayley Harrison joins us from Sport Ireland
popular
Regé-Jean Page arrives in Ireland to shoot new movie
The Handmaid's Tale season 4 confirmed for RTÉ2 this May
Hairdressers will be "prioritised" in reopening plan for May
Storm Lola to bring high temperatures to Ireland, says Met Éireann
"I didn't sell anything" Pete Bennett defends sharing Nikki Grahame's last text to him before her passing
Lizzo's nude - and unedited - selfie is so important
Here's what happens on every day of your menstrual cycle (roughly)
You may also like
1 month ago
Paul Mescal cast in new Irish thriller movie
2 months ago
A second Downton Abbey film is on the way
2 months ago
QUIZ: How well do you remember Angus, Thongs and Perfect Snogging (the movie)
2 months ago
Wicked the musical is officially being turned into a movie
3 months ago
WATCH: The trailer for To All The Boys I've Loved Before part 3 is here
4 months ago
QUIZ: How well do you remember The Lizzie McGuire Movie?
Next Page