Martin Compston has promised Line of Duty will be "better than ever" when it returns for season six.

Filming of the highly anticipated sixth season of Jed Mercurio's police thriller was stopped earlier this month due to the Covid-19 pandemic.

And while Compston said that his character Steve Arnott's "waistcoat has been put away" , the show will be "back at some point" to get them finished.

"I'm in daily contact with the guys, it's crazy time," he said during a video interview on Good Morning Britain.

"But the scripts this year... I keep waiting every year, 'This isn't going to be the year that [creator] Jed [Mercurio] doesn't deliver', but again, they just seem better than ever. We will be back at some point again to get them finished and I hope they'll be back bigger and better and longer!"

The actor lives in Las Vegas, where his wife and her family are from - and recalled how he had been at home in the UK learning his lines for the week ahead when the travel restrictions were announced. 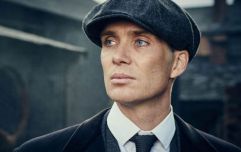 END_OF_DOCUMENT_TOKEN_TO_BE_REPLACED

"The news came through that Trump had suspended all flights from the UK, so I think within 12 hours I was on a flight. So, I just made it back by the skin of my teeth. It was bit of a hairy journey over . . . but eventually they got us home," he said.

"I've spent probably 14 of the last 16 months on the road and you realise how important it is to have a support network around you. It was important that my wife had a family around her - and the weather's not bad either!"

It was announced on March 16 that production on the sixth season of Line of Duty had been suspended.

"In light of the spread of Covid-19, after much consideration, @worldprods are suspending filming of #LineofDuty S6 with the support of the BBC," it said.

"We will keep you updated with further developments in due course. Thank you".


popular
David Beckham shared his dinner on social media and we really wish he hadn't
19 brilliant books to read while you're social distancing
Disney Plus announces new titles coming in April
Katy Perry reveals the gender of her first child with Orlando Bloom
5 new additions to Netflix to spend your weekend watching
10 summmer dresses we are ordering this week to cheer ourselves up
Living with synesthesia: The Irish artist who experiences colour in an entirely different way
You may also like
3 weeks ago
Line of Duty 'reveals the real H' in special episode for Sport Relief
1 month ago
Line of Duty's Vicky McClure is set to star in the 'high octane thriller' Trigger Point
1 month ago
First look at Season 6 of Line of Duty suggests a new character is commanding AC-12’s attention
1 month ago
Line of Duty Season 6 is set to air in Autumn as new plot details are revealed
2 months ago
Martin Compston to star in new thriller from the makers of Bodyguard and Line of Duty
3 months ago
BBC One have shared the first glimpse at season 6 of Line of Duty
Next Page