From molls to mobsters: New gangster movie puts women in the centre of the action

"This is about people who were never taken seriously."

From The Godfather to The Departed, there's a long history of gangster movies in which female characters play second fiddle to leading men, as shrill sisters, worried mothers or love interests. Does any woman really dream of being a gangster's moll?

Now, a new movie is putting the power into women's hands – and it's not just for the on-screen action.

END_OF_DOCUMENT_TOKEN_TO_BE_REPLACED

The Kitchen is a gritty mob tale with a difference. Set in New York in 1978, it centres around Hell's Kitchen and the Irish mafia who run it. When the FBI sends their husbands to jail, Kathy, Ruby and Claire decide to take over the business, and the neighbourhood, themselves.

The film stars Melissa McCarthy, Tiffany Haddish and Elisabeth Moss, with the likes of Common and our own Domhnall Gleeson in supporting roles.

Behind the scenes, women were also in the driving seat on this movie. Based on a DC Comics series of the same name, The Kitchen was written and directed by Andrea Berloff who was nominated for an Oscar in 2016 as the writer of Straight Outta Compton. And multi-award-winning French cinematographer Maryse Alberti – whose credits include Chappaquiddick and My Dinner with Hervé – was director of photography for the movie.

Hailing from Hell's Kitchen herself, Berloff has a unique understanding of the impact of mob rule in the late 1970s.

“Things were changing, the older Irish population that was dominant in that area for decades was beginning to be crowded out by other groups. It wasn’t a pretty time for New York. The city was broke, and people in the poorer neighborhoods knew they weren’t being taken care of like those in other, wealthier neighborhoods, whether it was school upkeep or trash collection. People felt threatened and I think a lot of violence came out of that as they tried to hold on to what little territory they had. It was a powder keg.” 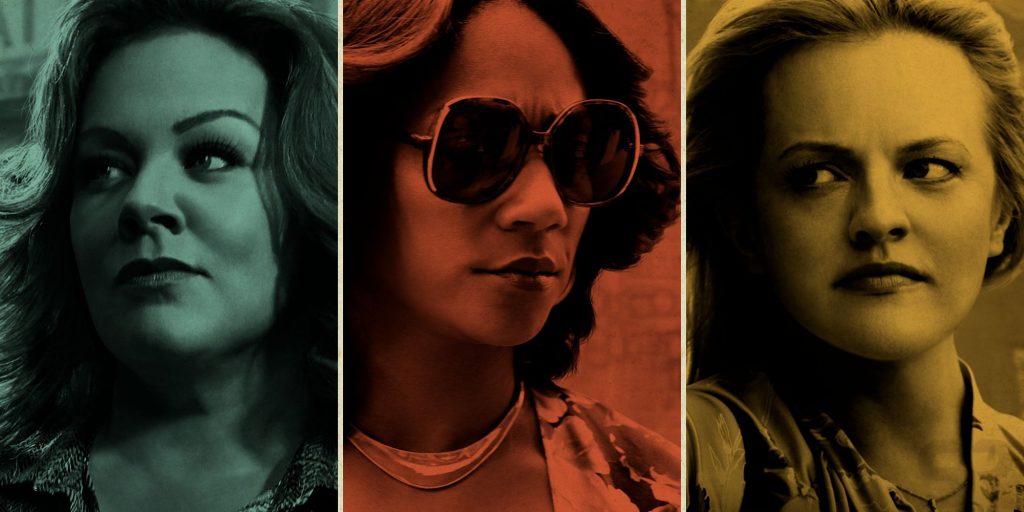 Although she describes the characters in The Kitchen as "unlikely mob bosses," Berloff says not to expect a gentle take on the gangster genre from this film.

“This is about people who were never taken seriously, who realise they can’t sit back and let things happen to them anymore, they need to take charge and take action in a big way.

“What drives these women and the way they seize control is exciting and aspirational, and something that I think anyone can understand.  They move in on their husbands’ business and end up running it more effectively… and more ruthlessly.”

The Kitchen is in Irish cinemas on September 20.

Girls With Goals || Her · Ep.161: Feeling Peachy - Sharon Keegan of Peachylean on being an absolute BOSS!
popular
8 Irish spa destinations we cannot wait to visit
The morning wellness routine I started last year that I now can't live without
The fashion world is OBSESSED with potato brown right now – and for good reason
Khloe Kardashian has JUST confirmed she is pregnant
Woman buys 148 year old house, goes viral after finding secret passage way
More footage of Tristan Thompson cheating on Khloe has emerged
Big Brother star left temporarily blinded and scarred after TikTok DIY beauty 'hack'
You may also like
1 month ago
WATCH: Angelina Jolie stars in intense fire-fighting movie Those Who Wish Me Dead
1 month ago
A male remake of She's All That is coming to Netflix
2 months ago
Irish animated feature Wolfwalkers nominated for Best Animated Feature Oscar
3 months ago
Macaulay Culkin calls for Donald Trump cameo to be removed from Home Alone 2
4 months ago
QUIZ: Can you guess the movie from its pixelated poster?
4 months ago
12 movies you (probably) didn't realise were available on Disney+
Next Page