This new murder-mystery series is unlike anything we've seen before

This could be the future of television happening right here, right now.

Steven Soderbergh is the director behind the likes of Ocean's 11, Erin Brockovich, Traffic, Behind The Candleabra, Side Effects, Lucky Logan, Contagion and more besides, and he had previously worked with HBO on the hit series The Knick.

Now he has re-teamed with them for this new series Mosaic, which looks to us like to could easily be the future of television.

END_OF_DOCUMENT_TOKEN_TO_BE_REPLACED

In the same vein as video-games like Heavy Rain or Beyond: Two Souls, in Mosaic it appears that the direction the story is told will depend heavily on the choices we decide to make. If we want to see an event from a particular character's viewpoint, we may see more or less than we might have had we watched in via a different character.

These choices all play into the central murder mystery plot which will be directed by Soderbergh and starring Sharon Stone, Garrett Hedlund, Beau Bridges and more across six episodes.

The first trailer gives an indication of how the story will play out, depending on how you decide to watch it:

You can watch the show through the app and get interactive with it on your iPhone or iPad (check that out here), or you can wait until January when the show will air in a more straight-forward fashion. 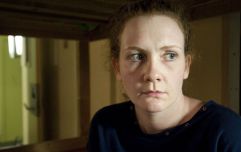 END_OF_DOCUMENT_TOKEN_TO_BE_REPLACED

The script for the series is written by the guy who gave us everything from Men In Black to Bill & Ted's Excellent Adventure to Now You See Me, so we're not fully sure what to expect in terms of an outcome, to be honest.

The second trailer gives more information on the story itself, but still keeping a lot of the cards close to its chest. From what we can gather, the character Sharon Stone is playing doesn't stick around for too long, and pretty much everyone is a suspect in how she meets her demise:

popular
Davide Sanclimenti opens up on having kids with Ekin-Su Cülcüloğlu as he turns down Dancing On Ice
Angelina Jolie accuses ex-husband Brad Pitt of abuse
Rebekah Vardy asks Coleen Rooney to give legal fees to charity
It looks like Ireland could get a white Christmas this year
Molly Mae Hague fans are convinced she just accidentally revealed her baby's gender
WATCH: The trailer for Florence Pugh's new Irish film is here
Inbetweeners co-stars Joe Thomas and Hannah Tointon welcome their first child
You may also like
1 month ago
Fiona Pender murder suspect could return to Ireland
1 month ago
Making A Murderer's Steven Avery has blamed a brand new suspect in latest appeal
1 month ago
Man charged with the murder of Clare man Thomas O'Halloran
2 months ago
Wayne Couzens to spend life in prison after losing appeal to reduce sentence
2 months ago
Coffee cup from airport bin could solve murder of a 19 year old woman
3 months ago
WATCH: The moment dad attacks 3-year-old son's suspected murderer in court
Next Page