Mrs Doubtfire is finally getting made into a broadway musical

It's impossible not to - it's moving, it's funny, it's heartwarming, it'll make you wish you had a bumbling British nanny who was actually your da hanging around the place. 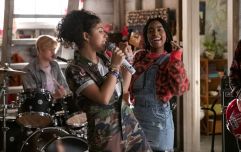 END_OF_DOCUMENT_TOKEN_TO_BE_REPLACED

Mrs Doubtfire the movie came out back in 1993 which was, of course, a very long time ago. However, 25 years on and the go ahead has finally been given to turn the iconic comedy into a broadway musical.

And yeah, you know it'll be good.

The musical will be directed by four-time Tony Award winner Jerry Zaks and be written by Karey  and Wayne Kirkpatrick. 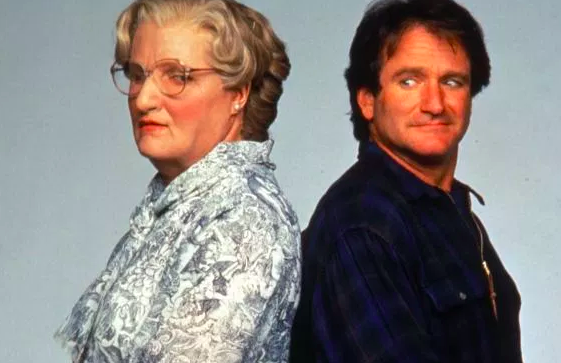 And while the cast has yet to be finalised, we're going to go ahead and assume that this'll be brilliant anyway.

“Mrs Doubtfire is such a beloved story, both laugh-out-loud hilarious and extremely moving.

"Getting this team together and crafting Mrs Doubtfire for the stage has been pure joy. We can’t wait to get into production.”

Girls With Goals || Her · Ep.153: Scholarship Squad - We chat to Facebook's Claire O'Hara about our Smurfit Scholarship fund.
popular
Irish people urged to send a hug to loved ones on National Hugging Day in aid of Ronald McDonald House
Matthew Perry's dad was a character on Friends and how did we not notice?
Robbie Williams "fairly sick" with Covid while holidaying in Caribbean
Gilmore Girls star says he didn't storm the Capitol, praises those who did
Seven Things You May Not Have Known About... Garth Brooks
Josepha Madigan compares issues around schools reopening to Mother and Baby Homes
Here's what will happen in Bridgerton season 2 - if Netflix goes by the books
You may also like
1 year ago
Westlife is 'in talks' to create West End musical about their career
1 year ago
A The Devil Wears Prada musical is officially happening and we're booking our flights already
1 year ago
A Friends musical is coming to Ireland next year and could we BE any more excited?
1 year ago
Pretty Woman: The Musical is coming to London's West End so, buy your ticket now
1 year ago
Let's go see the stars! WIN a trip to the theatre, a hotel stay PLUS arrival drinks
1 year ago
Painfully accurate! Copper Face Jacks: The Musical reviewed
Next Page