Multi-Talented Stars: Seven Actresses Who Can Do A Lot More Than Act

In the Golden Age of Hollywood in the 1950's and 1960's, almost every second actress could act, sing and dance but nowadays, it is a little more rare. However, with Begin Again in our cinemas next week starring the wonderfully talented Keira Knightley, this got us thinking about some of the other amazingly talented women who can do a lot more than just act. Here are just seven of them.

It's certainly a talent that she has been keeping to herself but Keira Knightley can play guitar AND sing as she proves in Begin Again. Double threat! 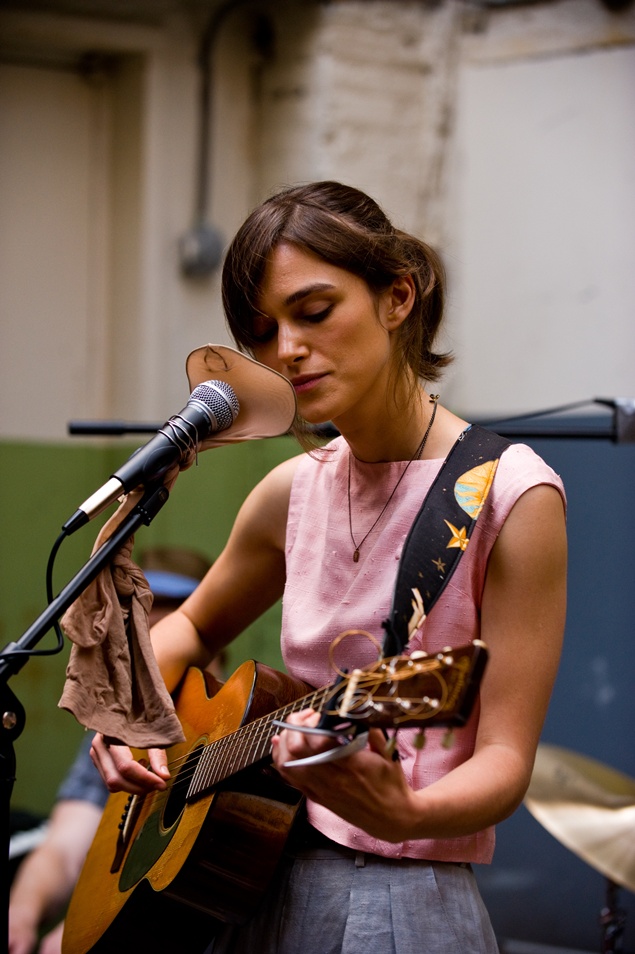 Many will know her as the actress who starred in The Mask of Zorro and Entrapment but Zeta-Jones is also an accomplished singer and dancer. Well, this scene in Chicago just proves it.

We know she is a lady of many talents but when Emma Stone began belting out this number in Easy A, we were completely blown away. She can really sing!

We were aware that Anne Hathaway could sing but she simply took our breath away in the amazing Les Miserables. Let's face it, she just broke everyone's heart.

Reese Witherspoon picked up an Oscar for her amazing performance as June Carter in Walk the Line and it's easy to understand why. Besides her turn as the country legend, Reese sang all her tracks. Beautiful.

We didn't need to be converted as fans of Kristen Bell but Frozen would have definitely sold the deal. Not only did Bell sing all of Anna's songs but she sang them in the voice of a child, teenager and adult.

Scarlett Johansson has released an album. Honestly, an album. Not only is she a brilliant actress but she has also has an album entitled Anywhere I Lay My Head. On top of that, it's pretty good.

Begin Again will be in cinemas on July 11th.

popular
Selling Sunset's Chrishell Stause reveals "the brokerage has split"
4 new additions to Netflix to spend your weekend watching
Dirty Dancing officially arrives on Netflix today and that's our Sunday sorted
The sentimental engagement ring trend you're going to see a lot of for the rest of this year
Eight Of The Best Films And Documentaries On 9/11
Someone has ranked the penis size of men from all over the world
There's a Friends makeup collection coming, featuring Phoebe, Monica, and Rachel palettes
You may also like
2 weeks ago
QUIZ: How old is Keanu Reeves in these photos?
3 weeks ago
Matt Damon is returning to Ireland, and he needs extras for his new film
1 month ago
Dwayne Johnson is the highest paid actor in the world as Forbes reveals rich list
1 month ago
The Half Of It is the Netflix teen romance we never knew we needed
1 month ago
All the movies worth watching on TV this weekend
2 months ago
5 new additions to Netflix to spend your Saturday night watching
Next Page