Netflix has dropped the trailer for the brand new season of Selling Sunset and shocker - it's full of drama.

In the trailer, we are introduced to two new agents - Emma Hernan and Vanessa Villela.

Vanessa is a TV actress turned realtor entering the world of real estate for the first time, while Emma is a long-time Oppenheim agent who is just now stepping in front of the camera.

"Selling Sunset is back with a new season, a new baby, new realtors, and oh-so-many new feuds! Season 4 of your TV addiction premieres November 24," Netflix tweeted.

Selling Sunset is back with a new season, a new baby, new realtors, and oh-so-many new feuds! Season 4 of your TV addiction premieres November 24 pic.twitter.com/5TOvv7E5GL

While she may be new to Oppenheim, Vanessa is prepared for any potential drama that might come her way and isn't really phased.

"I have had a lot of experiences where I've worked with women who are competitive and mean," she says. "I know how to deal with that."

Meanwhile, a major feud looks to be in store between Emma and Christine Quinn - as the trailer reveals that Emma has dated the original cast member's ex in the past.

"They were engaged two months after we broke up," Christine can be heard saying.

“I’m here to work and hopefully all this high school drama that I’ve dealt with for years can stay, like Christine, out of mind," Emma tells the camera. 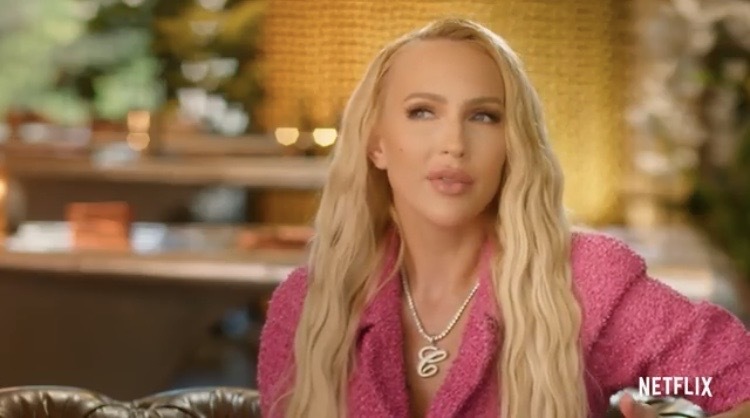 The new season will also explore the falling out between Christine and Mary Fitzgerald, as it was revealed earlier this month that the two are “not in a good place".

Mary told The Daily Star that "things have happened" between them causing them to not be "on good terms".

“You can’t be friends with everybody. And although Christine and I have been close in the past, things have changed. It wasn’t healthy," she said.

Fans took to the comments to express their excitement at the return of the hugely popular show.

"Omg. I am so ready. Bring on the houses and the glammmmmmmm," one person wrote.

"Oh this season looks like it will be very juicy. Can't wait!" another said.

popular
Tributes pour in for designer Virgil Abloh following death at 41
8 of the hottest make-up trends to try this festive season
Japan to close its borders to tourists to prevent Omicron spread
The best memes from this year's Late Late Toy Show
The internet can't deal with Ryan Tubridy's Toy Show opening
Top 9 moments from the Toy Show we're still talking about
Strictly's Giovanni Pernice responds to dating rumours following split from Maura Higgins
You may also like
3 days ago
Selling Sunset fans baffled over Christine and Emma's past
4 days ago
Personality Quiz: Which Selling Sunset realtor are you?
5 days ago
WATCH: The trailer for Netflix's Anna Delvey series is finally here
5 days ago
Everything we know about Selling Sunset spin-off, Selling Tampa
1 week ago
WATCH: The official trailer for Emily in Paris season 2 is finally here
1 week ago
Sex Education season 4 will see its first transgender couple on the show
Next Page