True crime fans are in for their next hit with this latest documentary on Sons of Sam.

Netflix has had about a million and one true-crime documentaries up to this point and none seem to pique people's morbid curiosity more than series about serial killers. We're a sick old bunch, aren't we?

That being said, fans of the true-crime genre will be excited to hear that Netflix's latest documentary, The Sons of Sam: A Descent Into Darkness, has just dropped on Netflix and you can watch the thing in full now. 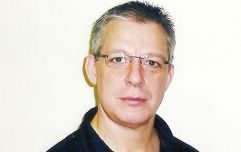 END_OF_DOCUMENT_TOKEN_TO_BE_REPLACED

Eponymously titled, the documentary follows the infamous serial killer, 'Son of Sam' - real name David Berkowitz - who carried out a number of murders in New York during the 1970s. When the crimes began, Berkowitz was a 24-year-old postal employee and said his shooting spree was motivated by a demon that manifested itself in his neighbour's black Labrador.

Beginning with a shooting in 1976, Berkwotiz went on to kill six people and injure a further seven in a total of eight shootings by July 1977. Not dissimilar to Netflix's recent documentary on the Night Stalker, his killing spree was described as a "Summer of Terror" at the time and was previously turned into a film called Summer of Sam in 1999.

While he was the only individual convicted - pleading guilty immediately and saying "what took you so long?" - this documentary covers what secrets may be left in the case. For instance, as you can see in the trailer, Berkowitz went on to say that he was not the only person involved in the killings (hence Sons plural) and the are major inconsistencies between police sketches and so on.

Spanning across four parts, the series covers not only the possibility that he may have other accomplices that helped him carry out these attacks, but it also looks deeper into suggestions of a satanic cult and even the possibility of some kind of connection with the Manson Family murders.

While Berkowitz went to say the 'devil dog' story was a hoax, he did sign letters to newspapers as 'Son of Sam', along with a strange satanic symbol. As such, journalist, Maury Terry - who features throughout the series - wrote a book entitled, The Ultimate Evil, examining a deeper conspiracy theory and becoming obsessed with a secret satanic cult for decades.

The Son(s) of Sam has been the subject of fascination for decades, with another of Netflix's true-crime driven shows, Mindhunter, having also featured a portrayal of Berkowitz in its second season. Speaking of these two projects, the case even led to real-life legislation simply labelled, the Son of Sam laws, which stopped criminals from, essentially, selling the story of their crimes. 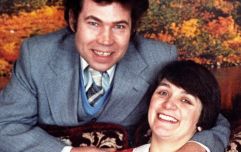 END_OF_DOCUMENT_TOKEN_TO_BE_REPLACED

As mentioned, The Sons of Sam: A Descent Into Darkness drops this week and with Berkowitz still incarcerated - serving six life sentences in total - the case will no doubt gain notoriety once again. It seems no matter how much we try, society can't get enough of these chilling, true-crime tales.