She first appeared on our screens during the first season of Gogglebox back in 2013 but now Amy Tapper is ready to say goodbye to the show.

Yes, the 18-year-old who sat next to her mum Nikki, father Jonathan and brother Josh and watched TV for the past five years on our screens is leaving to pursue other opportunities.

It’s already been revealed that the teen landed a spot on this year’s Celebs Go Dating and now she’s confirmed the news that she’s stepping away from the Channel 4 show in an interview.

“I’m personally not going back on Gogglebox, they can go on but they won’t be with me.

“My family are supportive of everything, their line is if you’re happy, I’m happy.” 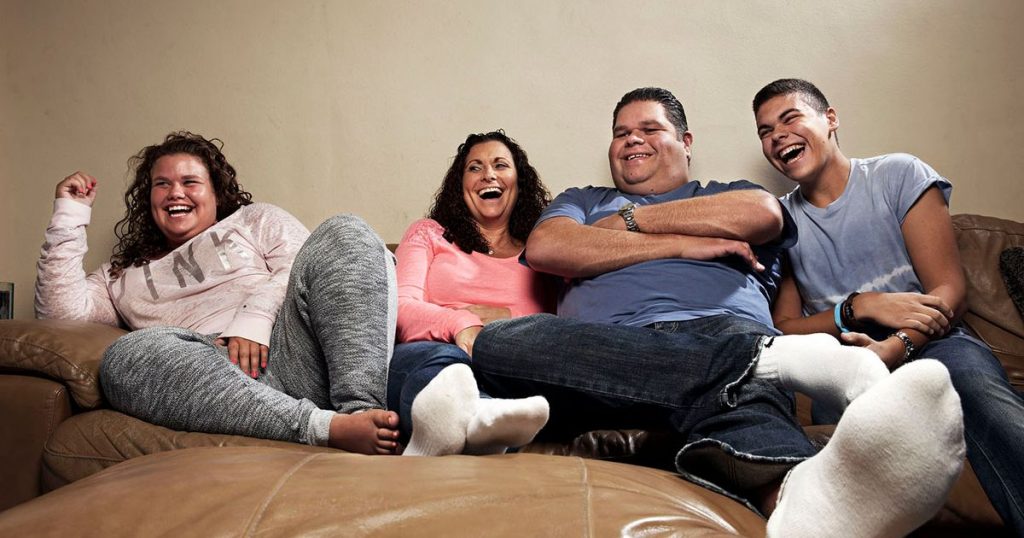 And speaking of her upcoming appearance on the dating show, Amy says her family are fine with that too but her dad has set one rule.

“My dad just said no kissing with tongues, I said, ‘I can’t promise you anything but I’ll try my best’.”

Amy is said to already have her eye on someone on the show but it’s not one of the people lined up by the agency.

According to reports, Amy has developed a crush on Love Islander Eyal Booker who is also taking part in this year’s series.

popular
The €9 buy fans swear is an EXACT dupe of Estée Launder's popular Double Wear foundation
Between seasons: These fab sale buys will see you through to autumn
It turns out we're all peeling oranges wrong and this madness has to stop
How to cope in this humidity: From sleeping better to dealing with frizzy hair!
This no bake 'Chocolate Refrigerator Cake' recipe has us drooling
Billy Connolly Has Harsh Words With Russell Brand, After Brand Asks a Woman to Flash Him...
The Queen has banned Meghan Markle from wearing any of Princess Diana's jewellery
You may also like
1 week ago
The second season of Dirty John lands on Netflix next week and we’re already hooked
1 week ago
QUIZ: How well do you know The Young Offenders?
2 weeks ago
Ellen DeGeneres addresses workplace allegations in letter to staff
2 weeks ago
WATCH: Brendan Gleeson nails the Donald Trump look and voice in first trailer for The Comey Rule
2 weeks ago
Erin's Diary: An official Derry Girls book is coming out this year
3 weeks ago
All the movies worth watching on TV this weekend
Next Page