Olivia Colman won the Academy Award for Best Actress on a night of surprises at last night's Oscars in Los Angeles.

Colman picked up the award for her role in dark comedy The Favourite in which she portrayed Queen Anne, beating front-runner Glenn Close.

Visibly shocked when her name was called out, Colman's speech was almost as entertaining as her performance in Yorgos Lanthimos' film. 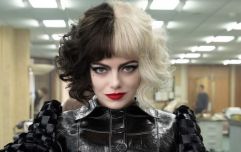 Emma Stone is on board for the Cruella sequel

END_OF_DOCUMENT_TOKEN_TO_BE_REPLACED

"It’s genuinely quite stressful," she said as she reached the stage. "This is hilarious – I’ve won an Oscar!"

She then thanked Lady Gaga, who was applauding her from the front row, before also thanking her co-stars Weisz and Stone, whom she described as "the two loveliest women in the world to go to work with.

"And any little girl who's practicing your speech on the telly, you never know!

"I used to work as a cleaner and I spent quite a lot of my time imagining this." 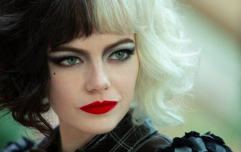 END_OF_DOCUMENT_TOKEN_TO_BE_REPLACED

The award was one of many surprises on a night without a host, as Green Book, the comedy drama starring Mahershala Ali and Viggo Mortensen, took home Best Picture ahead of favourite Roma.

The film, directed by Peter Farrelly and said to be based on a true story, has faced criticism since its release over the veracity of its story and the manner in which it handles issues of race.

The family of Dr Don Shirley, the musician portrayed by Mahershala Ali in a Best Supporting Actor performance, have described the film as a "symphony of lies".

popular
Patrick Clancy asks public to forgive his wife after she murdered their three children
Cork influencer Lisa Jordan releases her own clothing line
Fans call out Jake Paul for insensitive comment on Molly-Mae's baby announcement
Molly Mae has called her daughter after a Disney character
A croissant cafe has opened in Dublin and you need to try it
Tributes pour in for 22-year-old woman killed in Mayo crash
Varadkar slams schools for giving children "too much" homework
You may also like
2 years ago
Emma Stone reportedly expecting her first child
3 years ago
Emma Stone and Dave McCary are engaged - and her ring is stunning
3 years ago
Emma Stone broke her shoulder at the Spice Girls reunion concert in Wembley
4 years ago
Emma Stone has ditched her trademark red hair for a dramatic new shade
4 years ago
Emma Stone reportedly dating Jen Aniston's ex husband Justin Theroux and sorry, what?
1 week ago
Woman spent months thinking she was dating George Ezra
Next Page