Some juicy TV in store for you tonight.

Think Love Island meets Ex on a Beach but in an apartment... kind of!

Not many people would want to spend anytime with their ex but believe it or not some people actually would, to either tell them something they never did or possibly rekindle their romance. 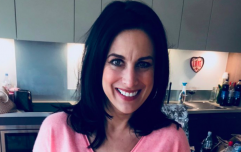 END_OF_DOCUMENT_TOKEN_TO_BE_REPLACED

A brand new series, One Night With My Ex, starts tonight on Virgin Media Two tonight at 9pm.

In the series "three former couples are put to the ultimate test to see if they are destined to be together or should permanently stick the nail in the coffin."

Of course you can expect loads of drama and some sparks might fly over the six weeks in this reality series like no other.

The ex couples have been put up "in a luxurious apartment for one night only, curious to find out if the fire between them is still alight or if their separate ways is where they should stay." 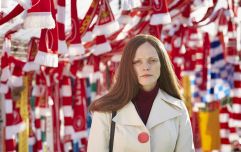 END_OF_DOCUMENT_TOKEN_TO_BE_REPLACED

So the couples only stay in the apartment for 24 hours, and they use that time whatever way they want to. We can definitely expect a lot of talking, which could lead to either kissing or fighting... who knows!

The reasons the couples broke up in the first place ranges from cheating to lying to just growing apart. So there's a lot to be discussed. So, the age old saying "if it's meant to be" definitely plays part in this series.

Some couples might even end up getting back together and we're all for it. One thing's for sure is that it will be entertaining - and we are here for some entertainment.

One Night With My Ex kicks off on Virgin Media Two tonight at 9pm, so get the popcorn ready and park yourself on the couch for some top class breakup entertainment.

popular
Everything we know so far about Kourtney and Travis's Italian wedding
Wagatha Christie: Rebekah Vardy storms out of court just 30 minutes into final day
Claire Byrne Live viewers in shock as woman shares family DNA secret
Helen McCrory's children give heartbreaking tributes at her memorial service
Only a matter of time before monkeypox spreads to Ireland, says expert
Rebel Wilson claims male co-star sexually harrassed her
Late Late Viewers left in awe of Paul McGrath's memories of Jack Charlton
You may also like
3 months ago
Rob Kearney is set to host a new TV show only months after retiring from rugby
4 months ago
Martin King to take time off work after wife's brain tumour diagnosis
5 months ago
Here's everything coming to Virgin Media over Christmas
10 months ago
Cooking With The Stars starts tonight and it looks intense
11 months ago
Here's all the juicy details about Vogue Williams' new talent show
2 years ago
The moment a Dublin woman proposed to her boyfriend on live TV yesterday
Next Page