'One way or the other, we'll see': J.C. MacKenzie on Fred Allen's fate at the end of season one of October Faction

J.C. MacKenzie has weighed in on Fred Allen's fate at the end of season one of October Faction.

Netflix's October Faction follows Fred and Deloris Allen who, after the death of Fred’s father, return to their hometown in New York with their 17-year-old twins Geoff and Viv. 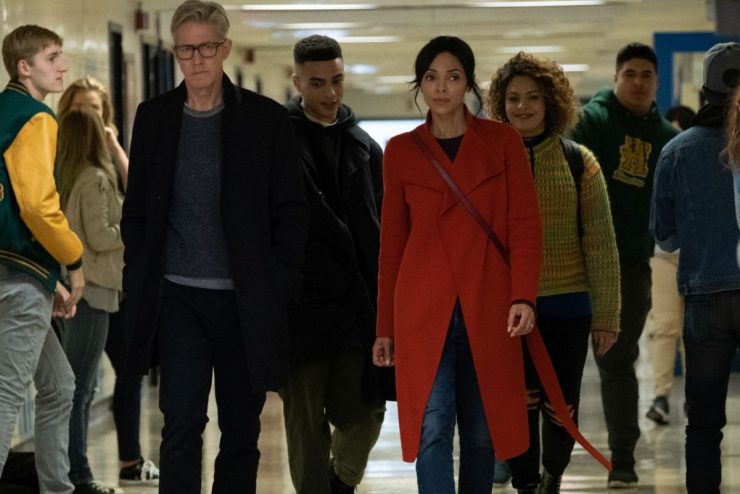 END_OF_DOCUMENT_TOKEN_TO_BE_REPLACED

The actor told Her what he reckons is behind the trap door at the end of season one, what he thinks of Fred's fate at the end of the series and what it was about October Faction that was a "new experience" for him (besides the whole monster hunting thing).

The final moments of season one end with....something eager to get out from behind the trap door in the basement of the Allen family mansion.

"I have no idea [what's behind that trap door]. You know, we shot an alternate ending to that scene where we were - well, I guess it's fine to say - about to defend ourselves. We didn't know what it was, we were just told it was an ominous presence and that we weren't exactly going to be safe," he told us, discussing what the mysterious creature may be.

END_OF_DOCUMENT_TOKEN_TO_BE_REPLACED

"But they didn't use that ending, they used something totally different - a bit of a cliffhanger, I think, which works brilliant. We'll see what that thing is next season."

Spoilers for the end of season one of October Faction lie juuuust beyond this photo. 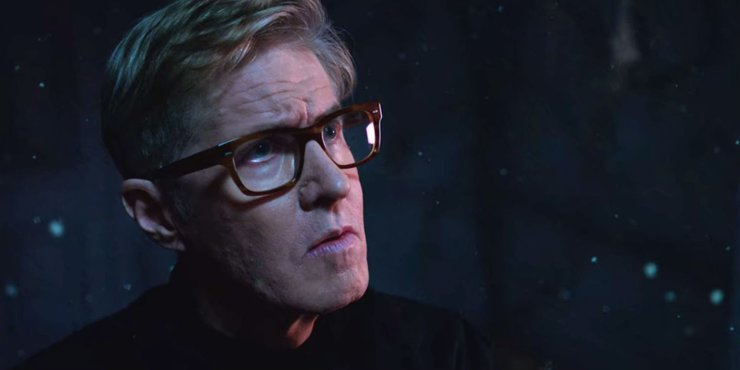 The end of the first season ends with Fred having been shot and seemingly killed at Gate Night. But it isn't long until fans find out that he's caught in limbo with Omari, Viv and Geoff's real father...whom he also killed. Talk about awkward.

END_OF_DOCUMENT_TOKEN_TO_BE_REPLACED

Conflicted over whether or not he has been a good father, and generally a good person, Fred is told that he can accept his death - or he can fight for his life, going back to his family. Deloris visiting his grave at the final episode seemingly hints at Fred's final choice, however fans don't get to see the answer play out - so it's possible Fred's still hanging on in limbo.

"I cannot reveal [whether he's dead or alive], but one way or the other, we'll see," he said with a laugh, before talking about how there's "no way of knowing" where things would go for Fred in season two.

"If I was to come back, or if I should happen to come back, I have no idea. They don't let me know, but that's the way that goes. They keep me abreast somewhat of a storyline [while filming], but that wouldn't be happening for months."

And while Fred's fate may be up in the air for now, the actor told us that he did get to bring a piece of October Faction home with him at the end of filming - OK, well, it was actually a few pieces.

"I got a lot of my clothes - I was shocked. The costume designer asked if I wanted my clothes and I said yeah, I'd love my clothes. I was wearing Armani suits and whole bunch of fancy stuff," he recalled. "I said, 'that's not a very a good sign, giving me all my clothing'. But he said that the design for the second season, and subsequent seasons, are going to be very different, so we'd be working with a very different design for the clothing." 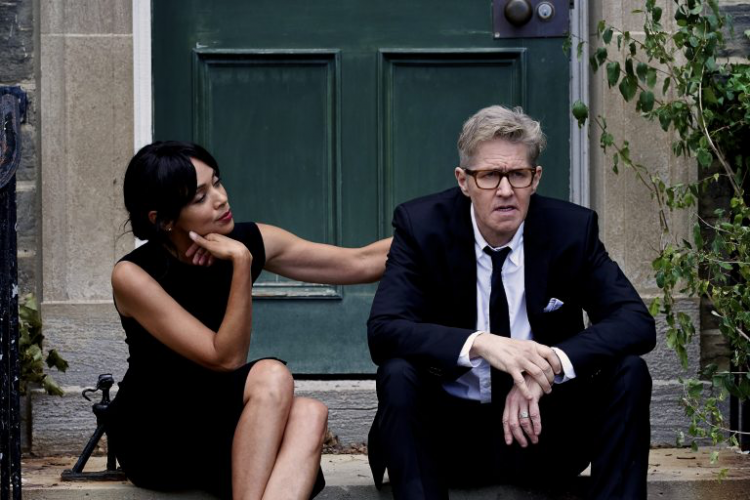 He added that the series - which he described as a "supernatural thriller combined with a character-driven family drama" - was "something I've never done."

And no, it's not because it's got monsters in it.

"Generally, I'm a character actor and I get cast as the secondary male lead or tertiary characters - I'm not front and centre, normally. It was a new experience for me," he explained.

"Thank God Damian [Kindler, the series' showrunner] really pushed for me. I heard that there was maybe a little pushback, because I wasn't famous enough [for the lead]. So Damian asked me if I could get a letter from some of the big shots that I've worked for. I said, how would I do that, and he suggested I just ask.

"So I got this unbelievable letter from [Martin] Scorsese and [Aaron] Sorkin. I even don't care if their assistants wrote it, I'm going to keep the letter. It was just so nice. The day after they received the letter, I got an offer - so it might have had an affect, it might not have."

The Canadian actor added that while he had wanted to read the comic book series that the show is based on before starting work on October Faction, he was initially advised not to - at least, not at the start.

"I wanted to read the comics and I asked for all of them [before starting work on the series]. I wasn't personally familiar with October Faction, but both Director X [the director of the pilot] and Damian suggested I not read them," he explained.

"The atmospherics are set with Steve Niles and Damien Worm, who originated the comics, but [the series] goes off in a different direction. I understand through  other interviews that I've listened to that both Damien and Steve gave license to do what he wanted with the show, so it's [different] than the original. But the environment, the atmospherics, the feel of the show - complete with the mansion - and the small town, it's got kind of a Stephen King quality to it."

popular
Gwen Stefani reportedly pregnant with baby number four
Molly-Mae Hague fans think they officially know her baby's name – and it means cloud
Anne Hathaway shares disappointing news about The Princess Diaries 3
Tasha Ghouri hits back at another islander who called her relationship fake
Jennifer Lawrence Speaks Out About Liam Hemsworth Relationship
Joanna Cooper heartbroken after her mum is diagnosed with dementia
"I feel like I lost myself": Nathalie Lennon on her mental health struggles and her latest project with Pieta
You may also like
2 weeks ago
WATCH: The trailer for Pamela Anderson's Netflix documentary is here
3 weeks ago
All of the new Netflix movies and shows arriving in January
1 month ago
Netflix fans left on the verge of 'throwing up' and issue warning about 'upsetting' dog movie
1 month ago
Netflix teases UK version of Selling Sunset to begin next year
1 month ago
Check out the first look at Netflix's Pamela Anderson documentary
1 month ago
Royal family sources claim they were not contacted by Netflix about Harry & Meghan
Next Page