"There was times when I couldn't see the positivity in my life."

Last night, Operation Transformation's Cathal gave an incredibly important speech about the important of being aware of your own mental health.

The Donegal paramedic spoke to students in Letterkenny IT about his own struggle with depression in an emotive episode that touched people all across the country.

Cathal admitted to the lecture hall of students that he had contemplated suicide in the past. He also said that he spent a long time ignoring what was wrong.

"I grew up in a community and environment where people didn't talk about their mental health," he said.

"If people are suffering from depression or anxiety, get help." On tonight's #OperationTransformation Cathal gets a standing ovation after his talk about mental health at Letterkenny IT 👏👏👏 Tonight, 9.35pm on @RTEOne pic.twitter.com/s1ChTuAseA

"I had my wife at home, and I had my family and friends. I knew back then they cared about me but I couldn't see that. I couldn't feel that.

"I contemplated taking my own life on a number of occasions. I know what I didn't do, I didn't look for help."

The Operation Transformation leader urged people to "go and get help" if they are struggling.

"This is one of the biggest messages I'm trying to get across to people in the Operation Transformation process," he said.

"I have held in my emotions for years. There was times where I couldn't see the positivity in my life." 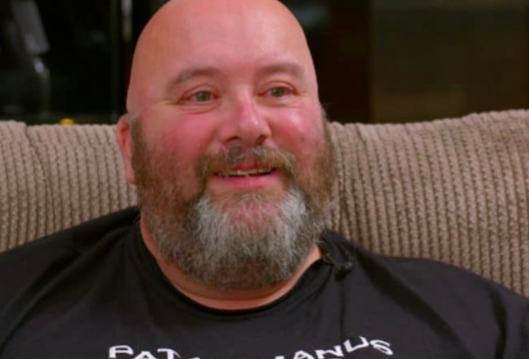 Cathal received a standing ovation from students - and probably everybody else watching at home too - as he finished his candid and important speech about his struggle.

He later said that the support from viewers and his local community had been paramount in his weight loss journey.

"The support from the community, the country has been mind-blowing," he admitted. "There's an acknowledgement, support and love from people."

"It's such a nice feeling."

At the weigh-in, it was revealed that Cathal had lost five pounds - again beating his target goal for the week.

popular
The €9 buy fans swear is an EXACT dupe of Estée Launder's popular Double Wear foundation
Between seasons: These fab sale buys will see you through to autumn
How to cope in this humidity: From sleeping better to dealing with frizzy hair!
It turns out we're all peeling oranges wrong and this madness has to stop
This no bake 'Chocolate Refrigerator Cake' recipe has us drooling
Billy Connolly Has Harsh Words With Russell Brand, After Brand Asks a Woman to Flash Him...
Here's what happens on every day of your menstrual cycle (roughly)
You may also like
2 weeks ago
Why the '5-4-3-2-1' technique is now my go-to for tackling anxious feelings
1 month ago
93 percent of Irish LGBTI+ youth experiencing mental health issues during lockdown
2 months ago
These sustainable Irish sweaters are making people smile, and they're back in stock tonight!
2 months ago
#Covid-19: Coping with anxiety and stress if you've lost your job
2 months ago
WATCH: Halsey says new album helped her "make peace" with her bipolar disorder
4 months ago
"I didn't feel like I fitted in": Why Fearne Cotton walked away from high-profile radio gig
Next Page