Traditionally, festival campsites on the Monday after Electric Picnic have not made for a pleasant sight.

Electric Picnic organisers say there has been a “wonderful improvement” in relation to the number of discarded tents at festival campsites compared to previous years.

The state of the campsites has cast something of a sour note on the days immediately after the festival in previous years, but organisers say that, to a certain extent, festival goers heeded concerns on single-use tents expressed in the run-up to Electric Picnic this year.

Organisers were particularly pleased with the response of those who stayed in the BYOE and Greta campsites and estimated an improvement of approximately 30 percent on tents taken home from campsites elsewhere, where pictures circulating on Monday showed tents and rubbish left behind again this year.

“This year, Electric Picnic festival director Melvin Benn urged Picnickers to take their tents home and we are very pleased to announce there has been a significant improvement on last year,” a statement read.

“With 8,000 pre-pitched campers in Pink Moon that all get reused and 1,500 in the BYOE campsite, where there was a record 100 percent of tents taken home with zero waste left behind, they left a spotless field.

“The new Greta campsite gave people the opportunity to stay in a cleaner campsite which had a huge response for its first year and zero tents or litter left in the disabled campsite. We also estimate that 30 percent more tents have been taken home from other campsites too, which, while it’s not 100 percent yet, it’s a wonderful improvement. 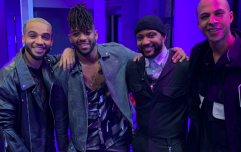 END_OF_DOCUMENT_TOKEN_TO_BE_REPLACED

“In addition, 100 Field Agents of Change volunteers were in the campsites, helping festival goers pack up their tents and providing encouragement whilst educating them on how to be a zero-waste festival goer and the impacts of climate change.

“Thank you to everyone who took their tents home and all the volunteers who helped to make this happen.”

On Monday, it was revealed that, pending the go-ahead at a meeting with the relevant authorities on Tuesday, tickets for Electric Picnic 2020 will go on sale this Saturday (7 September).


popular
Penneys is currently selling €11 loafers that look JUST like the famous Gucci ones
Olly Murs has shared an incredibly emotional tribute to his dear friend Caroline Flack
Say hello to the €46 Bershka dress that everyone needs in their spring wardrobe
How often should we wash our pyjamas (according to an expert)
Holly Willoughby just wore the cutest €40 dress from Marks and Spencer
Love Island narrator, Iain Stirling, shares moving tribute to his friend Caroline Flack
Last of the Zara sale! We are absolutely loving this gorgeous red €9.99 dress
You may also like
1 week ago
Laura Whitmore wants to see these Islanders couple up next and people are divided
1 week ago
ABBA are hoping to release new music later this year
2 weeks ago
My Chemical Romance tickets for Dublin show sold out 'in minutes'
2 weeks ago
Dua Lipa announces release date of upcoming album, 'Future Nostalgia'
2 weeks ago
Forbidden Fruit adds Jorja Smith and Peggy Gou to the lineup for 10th birthday celebration
3 weeks ago
Fisher, Carl Cox and Eric Prydz to headline Life Festival as new acts are added
Next Page