It's not massively surprising since he's achieved worldwide fame in the last twelve months, but we were still delighted and proud to hear that Paul Mescal has landed himself in the Entertainment section of the coveted Forbes 30 Under 30 Europe list for 2021. The young actor joins a group of talented Irish people named on the prestigious list which highlights innovators, leaders and entrepreneurs, all seen as change-makers in their industries.

Speaking about the Kildare native, Forbes highlighted that the future is bright: “As well as playing the title role in Martin McDonagh's critically-acclaimed The Lieutenant of Inishmore. Mescal is due to star in Maggie Gyllenhaal's directorial debut The Lost Daughter, and as the lead in Benjamin Millepied's Carmen." 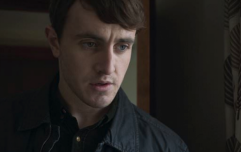 Paul Mescal psychological thriller The Deceived is on Netflix now

END_OF_DOCUMENT_TOKEN_TO_BE_REPLACED

The Emmy-nominated actor was listed alongside his Normal People co-star, Daisy Edgar Jones, and he wasn't the only Irish person who made the cut! 22-year-old Joy Crookes, a Bangladeshi-Irish singer-songwriter, also made the list in the Entertainment category as well as Neil Dunne, the co-founder and chief operating officer of Andrson, a sound-driven AI-powered tool that connects emerging artists to industry professionals.

In the Social Impact category, Change Donation co-founder William Conaghan made the list, in Finance, 25-year-old Paul Allen, a partner with JP Morgan tech investment division in London, is included. In the Manufacturing and Industry section 29-year-old, Fiona Edwards Murphy is also named, Fiona is the co-founder of the Apis Protect, which uses sensors and internet of things technology to enable beekeepers to remotely track data from their hives. Unbelievable stuff.

The Forbes 30 Under 30 list is celebrating its tenth anniversary this year after launching back in 2011.

popular
The Daly Dish's Gina introduces newborn baby Gene to the world
Status red weather warning issued for two counties
Arthur Labinjo-Hughes' grandad says murderers “must never see the light of day again”
Man dies after being attacked by newly calved cow in Mayo
WATCH: The new star-studded trailer for the Harry Potter reunion show is here
Mask rule for primary schools is being revised by Government as a third of tests are children
These are the most popular baby names for 2021
You may also like
1 month ago
Paul Mescal is donating those GAA shorts to a local club
2 months ago
Paul Mescal is officially nominated as one of the sexiest men alive
6 months ago
LISTEN: Paul Mescal releases new song for Irish crime podcast series
7 months ago
Paul Mescal officially deactivates Instagram account
7 months ago
Phoebe Bridgers calls Paul Mescal "the sweetest", fueling dating rumours
9 months ago
Paul Mescal cast in new Irish thriller movie
Next Page