There's been a lot of speculation.

With Ant out of action for the foreseeable future following his recent drink-driving incident, it looks likely that Dec will be joined by another presenter for Britain's Got Talent when it kicks off again later this year.

The bookies favourite to be brought in is Scarlett Moffatt, who along with Stephen Mulhern, already plays a part on the Geordie duo's other show Saturday Night Takeaway.

Paddy Power are offering odds of 5-6 on her joining Dec on BGT.

"So Ant’s been decked by ITV – it’s a case of 'taxi for Ant' for the next few months, which seems a wise move.

However, not everybody is convinced of the idea. Here's what TV critic Ian Hyland had to say on the matter.

Apparently Scarlett Moffatt is the bookies' favourite to co-host Britain's Got Talent with Dec this year.
I loved her on Gogglebox and I'm A Celeb but I'm not sure she's ready for this - and I don't believe lTV would put that much pressure on someone so early in their career.

And, sadly for Scarlett, others agree.

It doesn’t need anyone else. Dec can do it solo. If not surely Stephen is the obvious bet.

She's much better at the off the cuff stuff she does on eg takeaway or streetmate, interacting with people rather than normal links 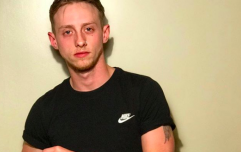 END_OF_DOCUMENT_TOKEN_TO_BE_REPLACED

If you're wondering who else could be getting lined up for the role, Stephen Mulhern is 2-1 to replace Ant, with Dermot O’Leary 5-1 and Caroline Flack 6-1.

The talent show returns in April, with the live shows beginning at the end of May - so I guess we don't have long to wait to see who gets the gig in the end.

Girls With Goals || Her · Ep.154: Scholarship Squad Take 2 - Smurfit alum Grace Milton
popular
Irish designer "mindblown" as Dr Jill Biden wears dress she embroidered
Elliot Page files for divorce from wife Emma Portner
Teenage boy stabbed to death in Dublin
Bill introduced to make period products free in Ireland
Here's what happens on every day of your menstrual cycle (roughly)
Someone has ranked the penis size of men from all over the world
Leo Varadkar says if Ireland introduced mandatory hotel quarantine, it would have to do so for a year
You may also like
1 year ago
Alesha Dixon is expecting her second child with husband Azuka Ononye
1 year ago
People are trolling Alesha Dixon for a pretty weird fashion fail on Britain's Got Talent
1 year ago
Fans are all saying the same hilarious thing about the outfit Alesha Dixon wore last night
1 year ago
Ant McPartlin returns to BGT tonight and Amanda Holden says there's one adorable moment
1 year ago
Lisa Armstrong has just landed a CLASS new job, after being fired from Britain's Got Talent
2 years ago
Fans can't BELIEVE how different Simon Cowell looks in this Instagram snap
Next Page