Now, we all know This Morning can be known for some cheeky innuendo and risque content, but this takes the biscuit.

Phil and Josie absolutely lost their minds on yesterday's episode of This Morning, when they had a d*ck pic shoved in their faces by a guest who claims to own the world's biggest phallus. 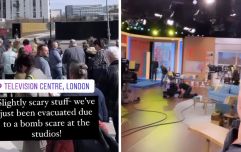 END_OF_DOCUMENT_TOKEN_TO_BE_REPLACED

And, it's safe to say, judging by the hosts' reactions, he absolutely isn't lying.

Phil can barely look it straight on, and gasps: "Hell fire!'"

Josie can barely contain her shock at the image, staring aghast for quite some time before she regains her composure.

Phil then congratulates guest Jonah Falcon on his manhood.

Jonah has claimed for some time that he owns the world's largest penis, which reportedly comes in at 13.5 inches when fully erect.

Phillip and Josie react to the world's biggest penis 😳 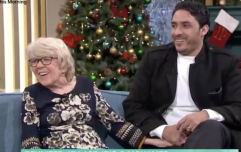 END_OF_DOCUMENT_TOKEN_TO_BE_REPLACED

"Also, I’m sick and tired of having people wanting me to measure it in front of them. I've done it 10,000 times - enough already!"

While some viewers simply sat back, relaxed, and enjoyed the segment, others took to social media to complain that This Morning were giving such a topic airtime - again.

Others argued that Jonah really shouldn't have shown the hosts the image without warning them first.

"This is a family show, disgusting," said one person. "This is not funny how on earth did the producers think this was great daytime TV I am appalled and fuming. I switched to homes under the hammer," said another.

popular
Wagatha Christie: Rebekah Vardy storms out of court just 30 minutes into final day
Everything we know so far about Kourtney and Travis's Italian wedding
Claire Byrne Live viewers in shock as woman shares family DNA secret
The Greatest Showman is becoming a Broadway musical and we need a second
Only a matter of time before monkeypox spreads to Ireland, says expert
Helen McCrory's children give heartbreaking tributes at her memorial service
The cast of Waitress the musical on the must see show of the summer
You may also like
2 weeks ago
This Morning viewers outraged by interview with trophy hunter
4 months ago
Woman horrified to discover company used her identity for sex doll
5 months ago
Holly Willoughby addresses "hurtful" claims she is quitting This Morning
5 months ago
Alison Hammond announces her plans to become Prime Minister
5 months ago
Viewers in bits after Barry Humphries congratulates Dermot O'Leary on coming out
6 months ago
Carole Baskin is "glad to hear" her missing husband is alive
Next Page