So many amazing shows to choose from...

Normally at this point we'd say something clever like, "say goodbye to your social life" but, well, y'know... 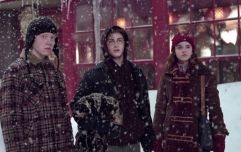 END_OF_DOCUMENT_TOKEN_TO_BE_REPLACED

Everyone's social lives may be a distant memory right now, and we know that 'Every Single Night In' is the new 'Saturday Night Out', but we are genuinely delighted to finally bring you some good news and something to actually look forward to!

On Tuesday 23 February, Disney+ – which is already the home of Disney, Pixar, Marvel, Star Wars AND National Geographic – will be adding yet another platform to their streaming service.

#DisneyPlusStar brings you MORE than ever before ? 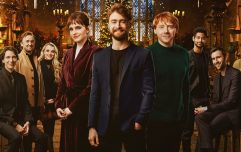 END_OF_DOCUMENT_TOKEN_TO_BE_REPLACED

Star will be the one-stop-shop for an entirely new world of TV series, movies and originals, offering you the best entertainment from 20th Century Studios, 20th Television, ABC, Searchlight Pictures and more.

Roughly translated, that basically means there are LOADS of binge-tastic TV shows, both classic and new, coming to a TV screen near you.

We've gone through the entire list of Star titles (someone's gotta do it) and picked out seven shows we can't wait to see, whether it's watching them for the very first time or falling in love with them all over again.

The hit medical drama, which first premiered all the way back in 2005, introduced the world to the surgical team at Grey-Sloan Memorial Hospital with unforgettable characters like Meredith (Ellen Pompeo), Izzie (Katherine Heigl) and of course, Derek Shepherd (Patrick Dempsey) AKA McDreamy. 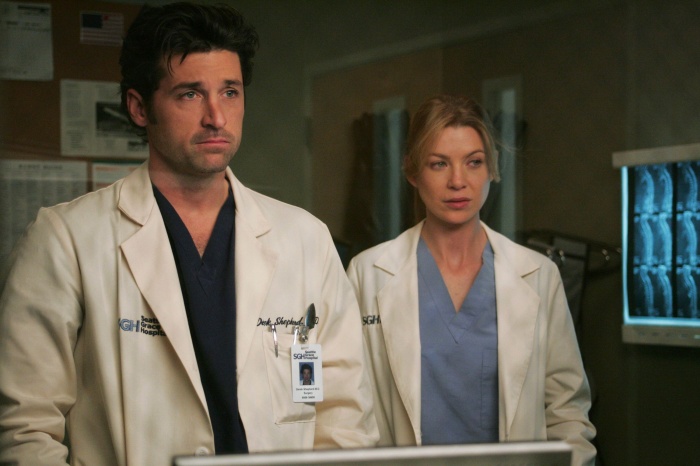 If you haven't seen the show before, we'll not spoil the magic with any teasers or trailers, but we will leave you with the gorgeous video for 'Chasing Cars' from Irish band Snow Patrol, a song which became synonymous with the show over the years.

Sticking with the hospital-based theme, but with a sliiiiiiiightly lighter feel this time, it's Scrubs!

While it definitely had its poignant moments along the way, Scrubs was consistently one of the funniest shows on TV back in the day, and with each episode only lasting around 20 minutes, this will be the perfect bitesize comedy treat you'll need to pick you up after another long day.

Plus, you won't be able to get the show's opening theme tune out of your head...

Starring Ryan Phillippe as a private detective, the series follows him and his partner (Kylie Bunbury) as they team up with his ex-wife (Katheryn Winnick) to track down two sisters who have been kidnapped by a truck driver on a remote highway.

That premise and this first trailer already have us hooked.

We all LOVE a good US political thriller series.

The incredible Kerry Washington plays a Washington D.C.-based "fixer" who, after leaving her job in the White House, opens her own crisis management firm.

Trust us, she's the best in the business, and if a scandal is about to break, this is the woman who will make it disappear.

Olivia Pope knows how to get sh*t done. 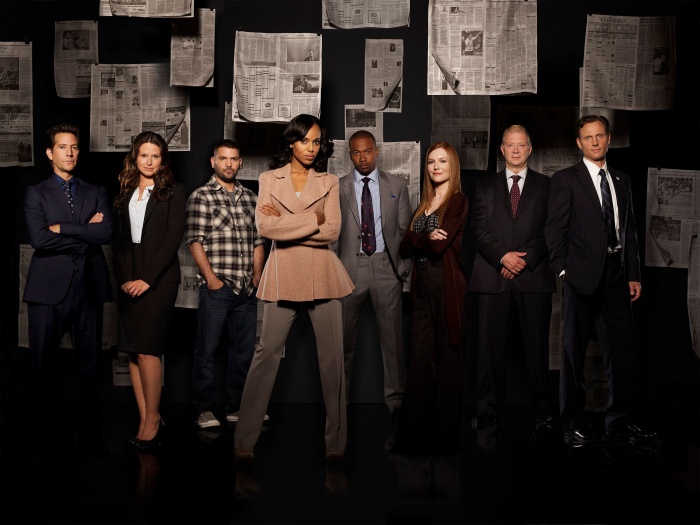 Another of the original new shows coming to Star on Disney+ is Love, Victor, a spin-off show set in the same world as the great 2018 film, Love, Simon.

The TV series tells the tale of a Victor (Michael Cimino), a new student at Creekwood High School who's on a journey of self-discovery as he meets new schoolmates, makes new friends, overcomes challenges at home and struggles with his sexual orientation.

Fitting in, finding your people, and discovering who you really are. We've all been there and this show looks like it's going to be a hidden gem when it's released...

If you thought you were having a bad day, just think about poor Jack Bauer for a second.

Whether it's terrorist attacks, assassination attempts, kidnappings or bomb plots, this phenomenal show never lets up and, as every passing hour flies by, you'll find yourself saying, "oh go on then, just one more episode..."

For those you looking for something a little bit more action-packed, 24 is exactly what you're looking for.

And last, but not least, meet the women of Wisteria Lane.

Where to begin? This show is amazing.

Following the intriguing, mysterious and juicy adventures of Susan, Lynette, Bree and Gabrielle, Desparate Housewives is one of the most-watched, most popular, most-lauded TV shows of all time and for good reason.

If you haven't had the pleasure yet, you're in for a real treat...

popular
Wagatha Christie: Rebekah Vardy storms out of court just 30 minutes into final day
Everything we know so far about Kourtney and Travis's Italian wedding
Claire Byrne Live viewers in shock as woman shares family DNA secret
Only a matter of time before monkeypox spreads to Ireland, says expert
Helen McCrory's children give heartbreaking tributes at her memorial service
Denis Sulta had a cameo in Derry Girls alongside his girlfriend Saoirse-Monica Jackson
Surprise! Ed Sheeran announces he and wife Cherry have welcomed baby #2
You may also like
1 week ago
Taking up golf? Here's how you can dress for the green with what's already in your wardrobe
1 week ago
3 simple but effective ways to prep your skin for the summer
1 week ago
Sex educator Jenny Keane is back to answer more of your sex and pleasure questions
1 week ago
This one simple recycling tip could make a BIG difference to the environment
2 weeks ago
Sex educator Jenny Keane answers all of your sex and contraception questions
2 weeks ago
Redecorating in 2022? Here are some interior trends we're loving at the moment
Next Page