These pictures from The Handmaid's Tale season three are HAUNTING

The Handmaid's Tale has become one of the most popular TV shows in recent years.

Based off Margaret Atwood's book, the show follows a Dystopian society where women are treated like animals. 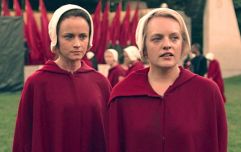 END_OF_DOCUMENT_TOKEN_TO_BE_REPLACED

And we're all pretty addicted to it, to be fair.

So naturally we're so excited for the show's third season, which is currently being filmed.

Recently, images were captured during filming, showing some haunting scenes from season three.

A photographer for the Washingtonian captured a number of pictures of the cast, as they gathered on the National Mall in Washington DC.

According to the publication, more than 200 actors were spotted working on a Season three scene, many of whom wore the handmaids’ trademark ensembles.

Some of them also had their mouths covered with red cloth. Terrifying. 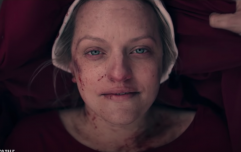 END_OF_DOCUMENT_TOKEN_TO_BE_REPLACED

"In the scene we witnessed, Elisabeth Moss (who plays Offred) could be seen joining co-stars Joseph Fiennes and Yvonne Strahovski at the top of the Lincoln Memorial steps."

"Fiennes could be heard saying, “Lord above, we beseech you. Hear our prayer,” before all the handmaids knelt in unison." 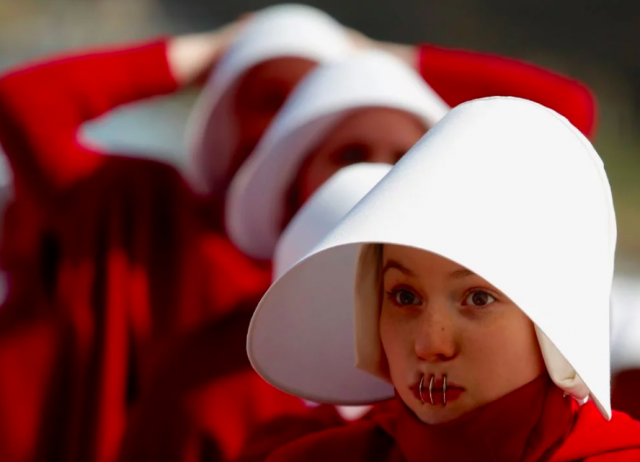 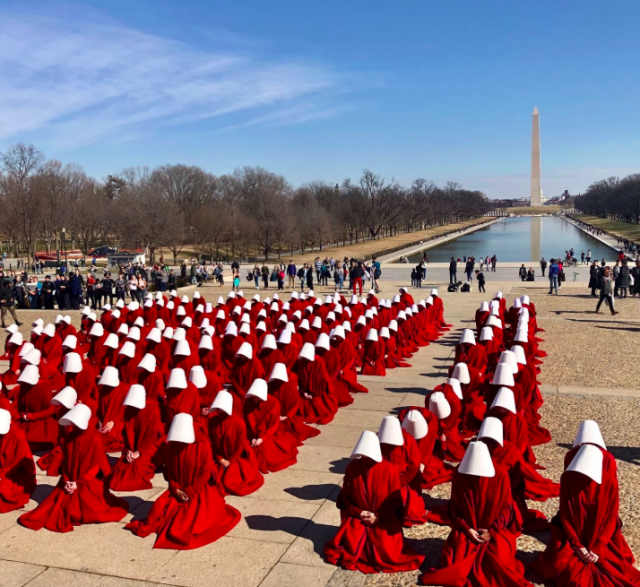 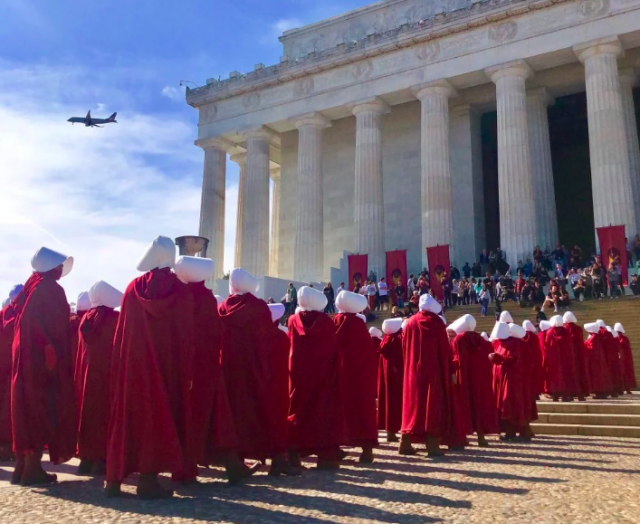 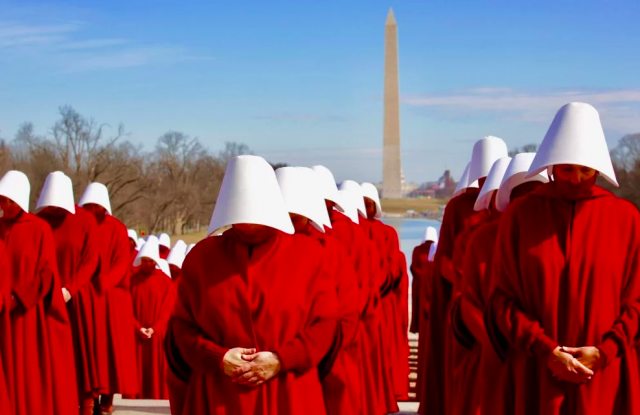 Girls With Goals || Her · Ep.151: 'A Story Shared' - Aoife P. Rafter on blogging during a pandemic and living with CF
popular
Around the world: The most popular baby names in major cities across the globe
"The female gaze is brilliant:" Why Phoebe Dynevor is proud of Bridgerton's sex scenes
Matt LeBlanc And Matthew Perry Reveal Reason Why They Didn’t Attend Jennifer Aniston’s Wedding
Netflix announces new true crime documentary series: The Vanishing At The Cecil Hotel
Here's what happens on every day of your menstrual cycle (roughly)
Someone has ranked the penis size of men from all over the world
When will lockdown end in Ireland?
You may also like
1 year ago
Season four of The Handmaid's Tale is going to be airing a lot later than we expected
1 year ago
The sequel to The Handmaid's Tale is being turned into a TV show
1 year ago
Margaret Atwood's The Testaments among those shortlisted for the Booker Prize 2019
1 year ago
The Handmaid's Tale has officially been renewed for a fourth season
1 year ago
It annoys Elisabeth Moss when people say the Handmaid's Tale is 'hard to watch'
1 year ago
The explosive new trailer for season three of The Handmaid's Tale is here
Next Page