Ant McPartlin and Dec Donnelly took home the top prizes for both I’m A Celebrity and Saturday Night Takeaway at the TV Choice Awards last night.

Yes, the pair won in both the Best Entertainment Show and Best Reality Show categories last night, and despite the duo not being in attendance, everyone was still delighted to see them awarded the top prize.

Everyone except Piers Morgan, that is.

Yes, the TV grouch complained this morning on Good Morning Britain about Ant receiving an award despite having to pull out of the final two episodes of Saturday Night Takeaway. 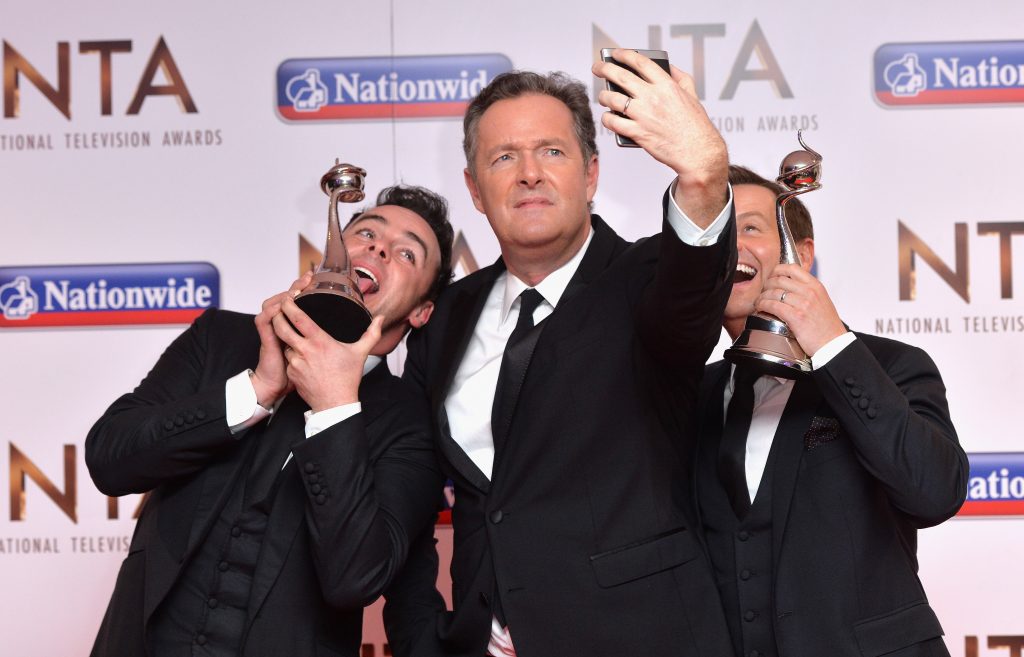 “I’ve decided that I’m not going to attend any more awards ceremonies… ever.

“I mean Ant and Dec winning when half of them isn’t even there, it's ridiculous.

"At least I pitched up for work.”

Co-host Susanna Reid was quick to interrupt Piers, however, congratulating the pair on their victory.

"Congratulations to them anyway. And those were this morning's top stories"

Ant pulled out of the last two episodes of the most reason season of Saturday Night Takeaway after being found guilty of driving under the influence earlier this year.

He has yet to return to his presenting duties, and will not be taking part in the next season of I'm A Celebrity.

popular
Prince William shouts at photographer who was "stalking" his family
Michael Owen hilariously responds to Love Island's heart rate challenge
Irish girls name was the most used Irish name in the United States last year
Love Island: Danica sets her sights on Andrew as Luca asks Jacques about his relationship with Gemma
Ekin-Su lands herself in a "sticky situation" as the recoupling looms on tonight's Love Island
First Dates' Merlin Griffiths returns to hospital following cancer complications
Wait, are former contestants returning for Casa Amor?
You may also like
1 month ago
Everything you might have missed from Kourtney and Travis' wedding
1 month ago
The internet is losing it over Kendall Jenner trying to cut up a cucumber
2 months ago
Kourtney Kardashian says she’s ‘grateful’ her kids witness her and Travis Barker’s PDA
2 months ago
The Home Edit's Clea Shearer shares breast cancer diagnosis
3 months ago
Jada Pinkett Smith on her "terrifying" years-long struggle with alopecia hair loss
4 months ago
Sinead O'Connor reveals she will never perform again after her son's death
Next Page