The documentary premiered this weekend.

The estate of music legend Prince has banned the new Sinead O'Connor documentary from using her hit Nothing Compares 2 U in the footage.

Despite premiering at the Sundance Film Festival over the weekend in the US, the makers of Nothing Compares, the new documentary showing Sinead's life and career, won't be allowed to use the song it is named after. 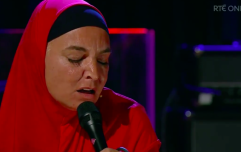 END_OF_DOCUMENT_TOKEN_TO_BE_REPLACED

While some of the song's distinctive chords can be heard as the credits roll, the song has not been allowed to be added in full, with a note at the end explaining: "The Prince estate denied use of Sinéad’s recording of Nothing Compares 2 U in this film."

Sinead rose to global fame with the song as she covered it on her second album I Do Not Want What I Haven’t Got in 1990, with the song now being her most well known.

Before Sinead made the song the hit we know today, it first appeared on a 1985 album by The Family, a band Prince had formed.

While the song worked out for Sinead, her relationship with Prince was flawed, as she recalled in her memoir Remberings, Prince once invited her to his LA home where she claimed he was aggressive and tried to stop her from leaving.

She then said he followed her in his car, chasing her along the highway. 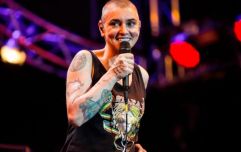 END_OF_DOCUMENT_TOKEN_TO_BE_REPLACED

Sinead wrote: "He has this pillow he was trying to hit me with and I was spitting across the car at him.

"Then I went and rang someone’s doorbell, which is something my dad told me to do if I ever got into a situation. 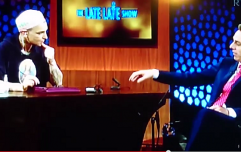 END_OF_DOCUMENT_TOKEN_TO_BE_REPLACED

"I never wanted to see that devil again."

Prince died in 2016, with Sinead dedicating a song for him on The Late Late Show after, saying: "I cried my eyes out for days when Prince died because of the loneliness of his death… I would have liked to have held Prince at his death. The manner of his death, all alone, made me cry and that’s what made me dedicate the song to him.

"We were two big egos so, on a personal level, we didn’t get on. I was aware Prince did some dark drugs so that didn’t surprise me but I was surprised he died alone."