The Queen's Gambit is being adapted into a stage musical

In the latest episode of "Sure, why not??", one of Netflix's biggest hit shows to date is getting a stage musical adaptation.

While some of them might seem more easily adaptable into a musical than others - we can definitely see Orange Is The New Black going down a Chicago-esque route - we're not quite sure how you can adapt something like The Queen's Gambit into a musical.

END_OF_DOCUMENT_TOKEN_TO_BE_REPLACED

Adrienne Becker, the CEO of entertainment company Level Forward, and producer Julia Dunetz released a joint statement on the project:

"It is a privilege for Level Forward to lead the charge of bringing The Queen’s Gambit to the stage through the beloved and enduring craft of musical theatre." 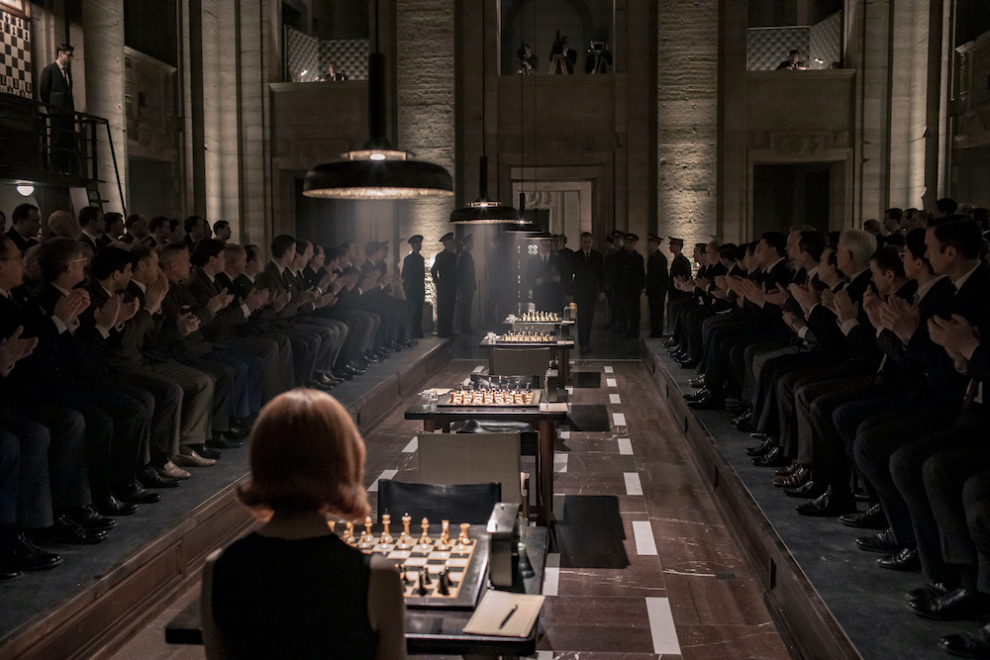 "Told through a brave and fresh point of view, audiences are already sharing in the friendship and fortitude of the story’s inspiring women who energise and sustain Beth Harmon’s journey and ultimate triumph. The story is a siren call amidst our contemporary struggles for gender and racial equity, and we’re looking forward to moving the project forward."

There's been no word on casting or a creative team or anything like that, but the Level Forward team are responsible for some big Broadway hits, including the musical adaptation of Alanis Morissette's album Jagged Little Pill, which featured scripting by Oscar-winning writer Diablo Cody (Juno, Jennifer's Body).

However, The Queen's Gambit will still have to beat the greatest movie/show-to-musical adaptation of all time...

Girls With Goals || Her · Ep.160: The Beauty Of Coaching - Hayley Harrison joins us from Sport Ireland
popular
Kate Middleton has addressed the rumours that she's pregnant with her fourth child
Prince Philip 'advised Prince Harry not to marry Meghan' for a brutal reason
TV host makes baffling remark about Meghan Markle's 'reaction' to royal family photo
The Queen has banned Meghan Markle from wearing any of Princess Diana's jewellery
Someone has ranked the penis size of men from all over the world
Here's what happens on every day of your menstrual cycle (roughly)
The First Quadrillionaire? Paypal Accidentally Gives Man $92 Quadrillion
You may also like
1 week ago
QUIZ: How well do you really remember the first episode of Grey's Anatomy?
3 weeks ago
Oscar-nominated actor George Segal dies aged 87
1 month ago
Netflix testing feature that could lead to password-sharing crackdown
2 months ago
Gina Carano has reportedly been fired from The Mandalorian
2 months ago
OFFICIAL: Peaky Blinders will end after the sixth season
3 months ago
WATCH: The trailer for the Silence of the Lambs sequel TV show is here
Next Page