A "really special" Late Late Show tribute to Gay Byrne will be on RTÉ tonight.

The legendary broadcaster passed away on November 4 after a long illness. He was 85 years old.

Speaking on Tuesday morning, Ryan Tubridy paid tribute to his "magnificent mentor" - and referenced Roald Dahl's Charlie and the Chocolate Factory as he explained how Gay Byrne inspired him.

END_OF_DOCUMENT_TOKEN_TO_BE_REPLACED

"I just love the story about the little boy who saw this extraordinary man and thought, 'If I can get into that factory, I'd love to meet that man and learn all his tricks and maybe even run the factory someday,'" he recalled.

"And that's what it felt like sometimes: 'Could I get through those gates and work in, what I felt was, this magnificent factory that makes sweets and chocolate and all the best things in life for people?' And that's in many ways the story," he continued. 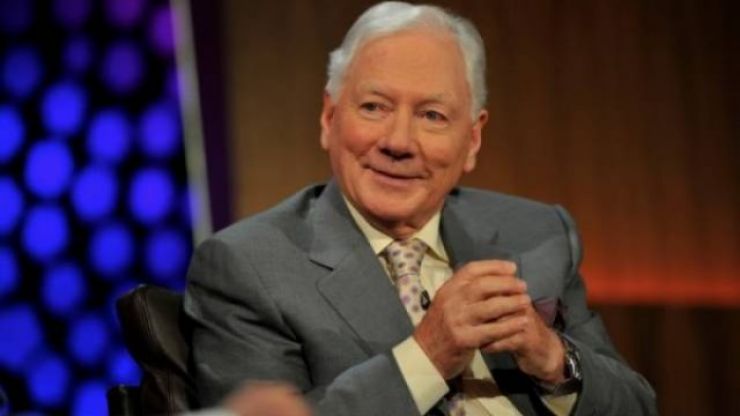 "I watched Gay, and I was in awe, as many people were, and thought, 'God, someday I'd love to meet him'. I watched him doing the Toy Show and thought, 'Is that a job? All he's doing is...' But of course he was doing nothing of the sort; he was making a very difficult job look easy. As he did every day, and every Friday night or Saturday night depending."

He promised viewers that the special edition of The Late Late Show will be a "really special" tribute to the broadcaster.

Girls With Goals || Her · Ep.151: 'A Story Shared' - Aoife P. Rafter on blogging during a pandemic and living with CF
popular
Around the world: The most popular baby names in major cities across the globe
WATCH: The trailer for To All The Boys I've Loved Before part 3 is here
When will lockdown end in Ireland?
Netflix announces new true crime documentary series: The Vanishing At The Cecil Hotel
Matt LeBlanc And Matthew Perry Reveal Reason Why They Didn’t Attend Jennifer Aniston’s Wedding
"The female gaze is brilliant:" Why Phoebe Dynevor is proud of Bridgerton's sex scenes
Here's what happens on every day of your menstrual cycle (roughly)
You may also like
2 days ago
Armie Hammer drops out of Jennifer Lopez film amid social media controversy
4 days ago
US executes first woman on federal death row in nearly 70 years
1 week ago
Virtual protests following death of George Nkencho to begin today
1 week ago
"No one involved" in Nóra Quoirin's death, says Malaysian inquest
2 weeks ago
US broadcaster Larry King, 87, hospitalised with Covid-19
2 weeks ago
China imprisons Wuhan journalist who reported first coronavirus outbreak
Next Page