Robbie Williams 'to reunite' with Take That for a special performance

Robbie Williams is reportedly set to reunite with Take That for a special X Factor performance ahead of their 30th anniversary.

Many Take That fans had been hoping the Angels singer would re-join his former bandmates for their greatest hits tour next year, it looks like they are going to get their wish a lot sooner than expected.

The 44-year-old is one of the three new judges for this season of X Factor, alongside his wife, Ayda Field, and former One Direction singer Louis Tomlinson.

And an insider from the TV series admitted that while "having Robbie on the panel has been a huge coup", there is "a surprise at the end of the series" - and it involves his former bandmates, Gary Barlow, Howard Donald and Mark Owen. 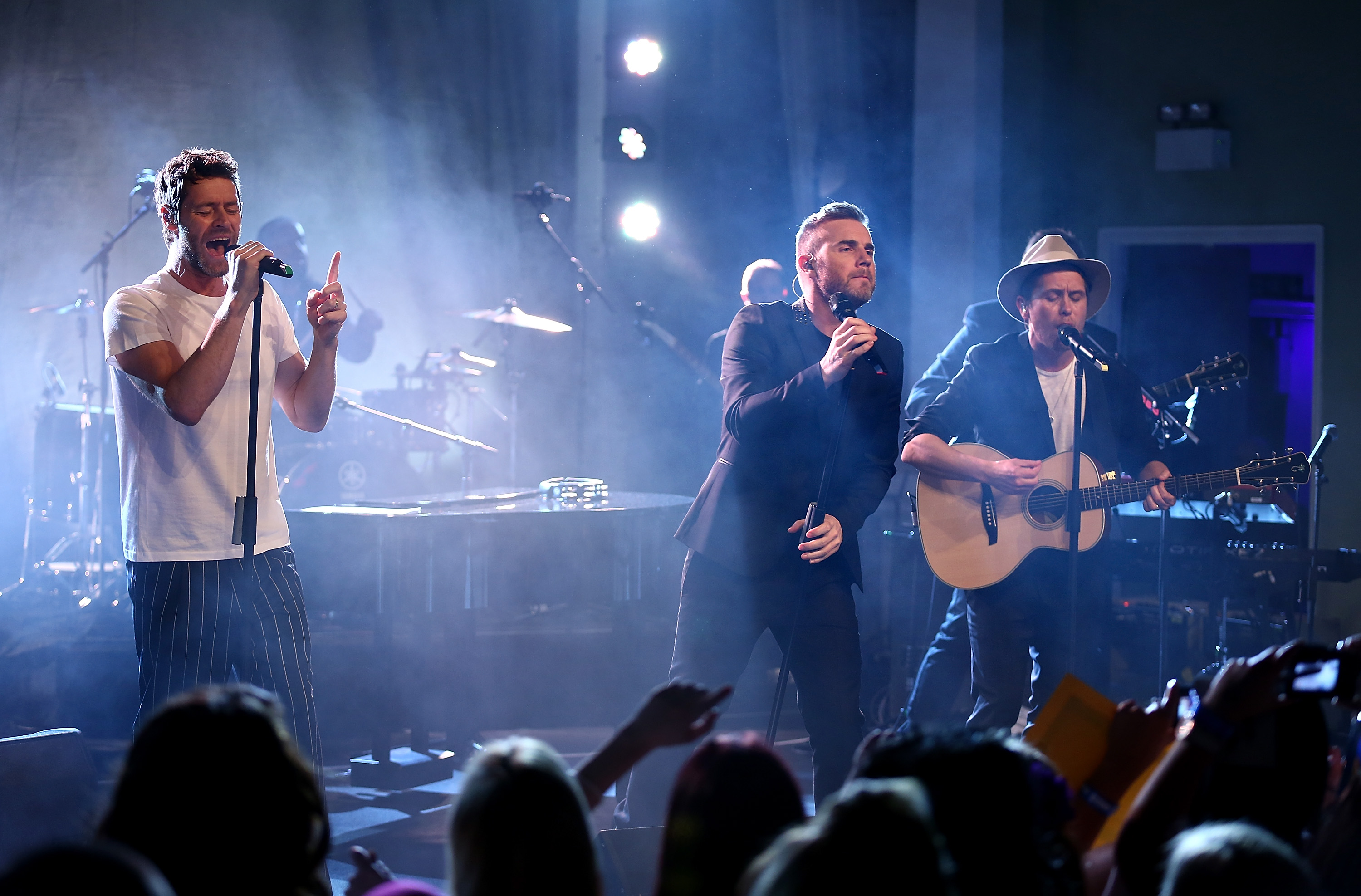 They told The Sun:

“Having Robbie on the panel has been a huge coup, but obviously backstage everyone has been talking about whether or not he’s going to sing at some point.

“It seems a shame to have one of the biggest pop stars on the planet sat there and not hear him, so they’ve been plotting a surprise for the end of the series.

“It’s a while since they got together and nobody is ­completely sure when it was going to happen for the anniversary so it’ll be a massive moment.”

It comes as it was revealed that Take That announced a mammoth tour to celebrate their 30th anniversary - including a gig at Dublin's 3Arena on April 29.

popular
Love Island’s Afia explains why Gemma’s dad has not been mentioned on show
Buying fake designer goods abroad this summer can have some serious consequences
Why Are Men so Obsessed With Boobs? The Answer is Pretty Surprising...
Love Island fans are scratching their heads after finding Tasha's maternity photoshoot
This €5 Boots serum keeps selling out after skincare fans claim it 'beat all the others'
Love Island's Remi says arguments with Jacques "ruined" his time on the show
WIN: VIP experiences at Marlay Park and more of this summer's hottest gigs and festivals with Heineken
You may also like
5 days ago
X-Factor star Tom Mann announces his fiancé's death on their wedding day
2 months ago
Liam Payne finally explains weird accent during hilarious Oscars interview
3 months ago
Leona Lewis confirms pregnancy with stunning baby bump photo
9 months ago
X Factor star Freddie Combs dies aged 49
10 months ago
Alexandra Burke says she was "asked to bleach" her skin
1 year ago
Cher Lloyd appears to call out X Factor exploitation in viral TikTok
Next Page