Ronan Keating's daughter Missy failed to pass through the audition stages of The Voice UK despite delivering a haunting rendition of CeeLo Green's Forget You.

She and Georgia Gaffney performed the iconic 2010 hit as 'GGMK' during last night's instalment of the BBC talent show.

Coaches will.i.am, Jennifer Hudson, Tom Jones, and Olly Murs listened intently with their backs to the teens as they fought for a coveted place in the Battles stage of the competition.

However, their dreams were unfortunately dashed when none of the coaches opted to spin around for the pair. 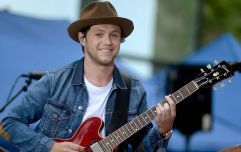 Niall Horan shares his one piece of advice for aspiring singers

END_OF_DOCUMENT_TOKEN_TO_BE_REPLACED

Already sporting full teams, Jennifer Hudson and will.i.am couldn't have spun even if they wanted to, leaving GGMK with less of a chance at progressing than the acts who had come before them in previous weeks.

Later on, Missy comforted her upset friend and told her that she should be proud of how far they had come. 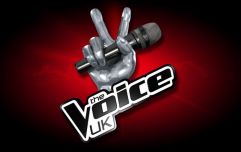 Songbird of our generation? The Voice UK is holding auditions in Dublin this month

END_OF_DOCUMENT_TOKEN_TO_BE_REPLACED

Afterwards, Yvonne Keating shared a photo of her daughter and Georgia and said that she was "so proud" of the girls' performance.

"So they didn’t get through but so proud of my daughter @missyykeating and @georgiagaffney who were brave enough to put themselves out there on The Voice," she wrote.

Girls With Goals || Her · Ep.160: The Beauty Of Coaching - Hayley Harrison joins us from Sport Ireland
popular
The Handmaid's Tale season 4 confirmed for RTÉ2 this May
Regé-Jean Page arrives in Ireland to shoot new movie
Storm Lola to bring high temperatures to Ireland, says Met Éireann
Hairdressers will be "prioritised" in reopening plan for May
"I didn't sell anything" Pete Bennett defends sharing Nikki Grahame's last text to him before her passing
A pink tampon disposal glove has been created - by three men...
Lizzo's nude - and unedited - selfie is so important
You may also like
1 year ago
Kelly Clarkson says her ovarian cyst burst while she was filming The Voice
3 years ago
Danny O'Donoghue is dating a Brazilian Sports Illustrated model and fair play, like
3 years ago
Jennifer Hudson was shocked by what Olly Murs did on The Voice last night
3 years ago
Olly Murs has 'annoyed' Simon Cowell by joining rival show
4 years ago
Fans were obsessed with Emma Willis' outfit on The Voice last night
4 years ago
WATCH: A Whitney Houston hologram was leaked... and it's AWFUL
Next Page