The actress filmed the show before entering the Celebrity Big Brother house.

Viewers were left furious at Roxanne Pallett yet again last night as she made her debut on Bear Grylls’ Celebrity Island.

The 35-year-old woke in the middle of the night just four days into filming after smelling the smoke from the campfire and had a panic attack.

Roxanne was crying hysterically, trying to explain what upset her as her campmates comforted her.

The former Emmerdale star revealed that the smell of smoke brought back memories of a house fire at her family home when she was a teenager.

“It’s the smoke that nearly killed my family in a house fire when I was 16, the smoke, the smell is taking me back to that time,” she told her co-stars.

“It feels like it’s happening again. I couldn’t bear the smoke. It just reminded me of gasping for air thinking I was going to die.” 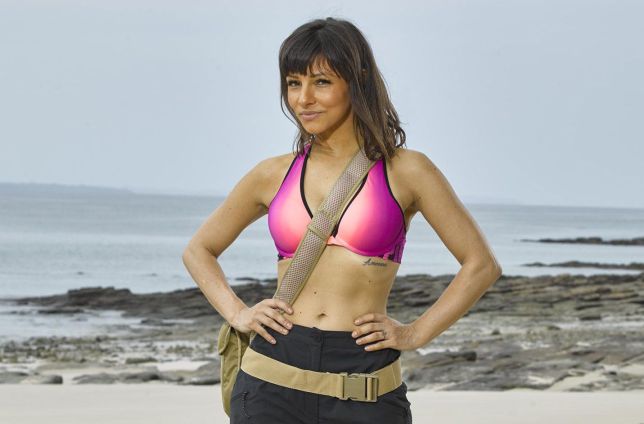 Stars including Pete Wicks and Martin Kemp all huddled around the actress trying to calm her down.

However, the following morning, it all became too much for Roxanne, and she called producers and begged to be brought off the island just five days after the group’s arrival.

“I’m really suffering and struggling with my thoughts,” she told them.

“Please, can you come and get me now.

"I cannot cope. Enough is enough.”

The episode led to increased audience criticism after Roxanne’s appearance in the CBB house.

Was going to watch #CelebrityIsland with Bear Grylls tonight, just read Roxanne Pallett is on it, might give it a miss, how on earth is she going to survive on the island, she had 5 broken ribs, a punctured lung, and a ruptured spleen after Ryan Thomas tickled her on #CBB ffs.

What a shocker that Roxanne has quit after showing her acting skills agaib with crocodile tears... #majoreyeroll #CelebrityIsland

Roxanne filmed Celebrity Island before entering CBB and accusing fellow housemate Ryan Thomas of punching her repeatedly in the ribs.

Since the episode of Celebrity Island aired this week, co-star Pete Wicks has spoken about his time on the show with Roxanne, saying:

“Apparently it reignited memories of being trapped in a fire when she was younger.

“It was quite emotional for everyone and we all felt terrible for her," Pete said on The Jeremy Vine Show.

“She is an actress and she is dramatic, but she didn’t really... her behaviour wasn’t outrageous like it was on Big Brother.

“We didn’t see that side to her in that amount of time but she did fall out with a couple of people in those few days.”

popular
A celebrity hairstylist just shared a genius hack for the perfect messy bun
What we can expect from Emily in Paris seasons 3 and 4
Penneys has a new homeware collection – and it looks so high-end
Here are all the Instagram accounts of the stars of Netflix's Cheer
5k walk in aid of Women's Aid to take place in honour of Ashling Murphy
Ashling Murphy will be laid to rest in Tullamore on Tuesday
"Traumatised" 10-year-old girl escapes from car as man steals it
You may also like
1 month ago
"You have no clue": Jennifer Aniston hits out at claims she chose career over having children
1 month ago
Amanda Byram "bursting with happiness" after welcoming first child
5 months ago
Jennifer Aniston and David Schwimmer are apparently dating in real life
6 months ago
Rising actor Daniel Mickelson dies aged 23
6 months ago
Brian Ormond surprised Pippa O'Connor in the most romantic way on their 10th wedding anniversary
9 months ago
Stacey Solomon has moved into her "forever home" in the countryside
Next Page