He just wanted to do "normal stuff".

Harry Potter actor Rupert Grint has explained that he almost quit the franchise after the film series' fourth instalment.

Speaking with The Independent, the Ron Weasley actor said that in the aftermath of The Goblet of Fire he felt stressed by being in the public eye.

“I had just finished my GCSEs,” he told the paper. 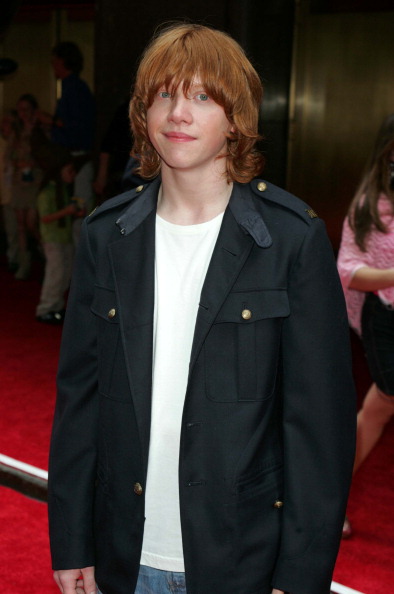 END_OF_DOCUMENT_TOKEN_TO_BE_REPLACED

“I thought, ‘Do I actually want to keep doing this? It’s a bit of a drag.’ Because obviously it’s a big sacrifice. You take for granted anonymity, just doing normal stuff, just going out. Everything was different and a little bit scary. There were times when I was like ‘I’m done.’”

He added that he hated the constant attention he received from photographers and was bothered by fans requests for selfies.

“It’s almost like having a split personality,” he said.

“Sometimes it can be quite dehumanising to have people just taking pictures of you when you’re out. To them, you are just this one thing. It’s a weird existence. But that’s my life.

"I can’t really remember life before it. In a weird way, you become blasé about it. It becomes normal and you adapt.”

END_OF_DOCUMENT_TOKEN_TO_BE_REPLACED

Since leaving Potter behind, Grint has turned his attention to more serious roles, including playing the chaotic con man Charlie Cavendish in Snatch, a remake of the Guy Richie 2000 classic.

But despite what you might assume, he claims that he hasn't consciously chosen more 'adult' roles in order to escape people's expectation of him as a young wizard.

“I’m not desperate to shock and make people completely forget,” he says.

“I don’t think you can. Those films were such a unique beast. It’s going to be hard to make people completely forget. You just have to embrace them.”

Girls With Goals || Her · Ep.160: The Beauty Of Coaching - Hayley Harrison joins us from Sport Ireland
popular
Regé-Jean Page arrives in Ireland to shoot new movie
Vicky Phelan to return home in summer "to see my kids"
Lyrid meteor shower to be visible from Ireland tomorrow
A pink tampon disposal glove has been created - by three men...
Here's what happens on every day of your menstrual cycle (roughly)
90-year-old woman loses €26.5 million in phone scam
Police shoot and kill teenage girl in Ohio as George Floyd verdict announced
You may also like
1 week ago
QUIZ: How well do you really remember the first episode of Grey's Anatomy?
4 weeks ago
Oscar-nominated actor George Segal dies aged 87
1 month ago
Netflix testing feature that could lead to password-sharing crackdown
1 month ago
The Queen's Gambit is being adapted into a stage musical
2 months ago
Gina Carano has reportedly been fired from The Mandalorian
3 months ago
OFFICIAL: Peaky Blinders will end after the sixth season
Next Page