"I don't know know how many more of them I have got left in me. Maybe that was it."

Ryan Tubridy has hinted at the suggestion that last week's Toy Show may have been his last time at the helm.

The TV personality has been presenting both the Toy Show and the Late Late Show since 2009, but during his morning show on RTÉ Radio One, he said that his time as the show's affable host may be coming to an end.

END_OF_DOCUMENT_TOKEN_TO_BE_REPLACED

He told listeners that he felt extremely tired in the days after this year's Toy Show.

Tubridy said: "People keep saying, 'take some rest, are you OK?' And I am not."

He went on: "I am banjaxed being straight with you. It takes, it knocks the wind out of you. But that is not the point.

He continued: "I'm at an age now where I don't know how much I can. I left it all on the floor on Friday night, along with everything else, all the tinsel and glitter and everything." 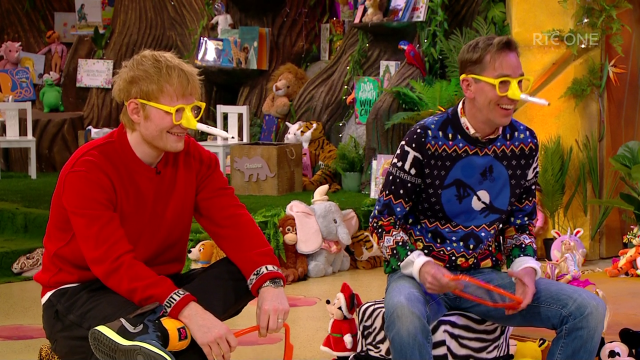 He then went on to share that he was moved to tears after a stranger paid for his bill at a restaurant over the weekend to "say thanks for the Toy Show". 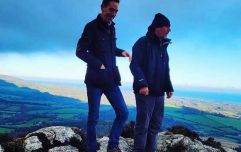 END_OF_DOCUMENT_TOKEN_TO_BE_REPLACED

He told listeners: "I cried. In public. Like a man-baby.

"My daughter was looking at me like, 'Are you OK?' It was just so kind, I was flabbergasted."

Indeed, this year's Toy Show was a resounding success on all accounts. As well as talented kids, emotional moments and celebrity cameos, a huge amount of money was raised for Irish children's charities through the Toy Show Appeal.

Fans tuned in from all over the world, and, in the end, a massive €6.8 million was raised for the charity cause.

popular
Nick Jonas and Priyanka Chopra's baby said to have arrived 12 weeks premature
A documentary about two Irish boys who skipped school to go to New York is coming soon
Ben Foden explains why he called Rachel Stevens "sexiest woman alive"
And Just Like That... episode 8: Nobody saw this one coming
These are the top baby names for 2022
Love Island's Amber Gill could be banned from Instagram over ad controversy
Special mass to be held for Urantsetseg Tserendorj's anniversary
You may also like
6 days ago
Curfew on pubs and restaurants likely to be lifted from start of February, says Taoiseach
1 month ago
Vicky Phelan pays tribute to Charlie Bird for his moving Late Late Show interview
1 month ago
This year's Late Late Toy Show has broken Irish TV records
1 month ago
The best memes from this year's Late Late Toy Show
1 month ago
The internet can't deal with Ryan Tubridy's Toy Show opening
1 week ago
Coming to terms with the fact that you're a Charlotte
Next Page