The majority of the complaints specifically remarked upon the insulting comment Ramsay made during the "read my lips" segment of the show. 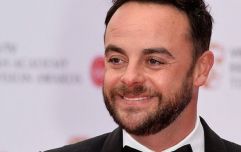 END_OF_DOCUMENT_TOKEN_TO_BE_REPLACED

Ramsay was the celebrity guest announcer on last weekend's episode and had to decipher what contestants were saying by lip-reading them while wearing noise cancelling headphones.

A contestant, Lorna, was repeatedly shouting "Garlic bread," but Ramsay couldn't work out what she was saying.

The celebrity chef, famous for his foul-mouthed rants on his cooking programmes, said: "I can't… It's the gap in the teeth, I can't understand what she's saying."

Presenters Ant and Dec laughed at his comment, but there were some disgruntled viewers at home who took it upon themselves to tweet about the offensive nature of his comment, with a further 68 complaining about the comment.

@GordonRamsay @antanddec My beautiful 8yr old, with a beautiful gap in her teeth. She loves you on masterchef USA Gordon, how could you make such a remark about someone’s teeth in front of her? Utterly disappointed and devastated for my gorgeous girl. #SaturdayNightTakeaway pic.twitter.com/stntsxtiAW

Gordon Ramsay blaming woman’s gap in her teeth for his failure! 😦Unnecessary! #SaturdayNightTakeaway

"its the gap in the teeth"