While the cameras have been off the heat has been on in LA!

This may affect fans the same way the "we were on a break" saga from Friends did all those years ago. The brokerage in Netflix's Selling Sunset has reportedly split ahead of the fourth series.

Reality shows can cause ruptions even in the most solid friendships, so it doesn't come as a surprise to hear that some of the cast in Selling Sunset are finding it hard to stay in the brokerage after a very successful three series of the show.

Speaking with Good Morning Britain, Chrishell, one of the stars of the hit show said: "I have to say, a lot of us get along so well, it's like a dysfunctional family."

Chrishell went on to say: "There is some splintering happening in the group but that's real life." 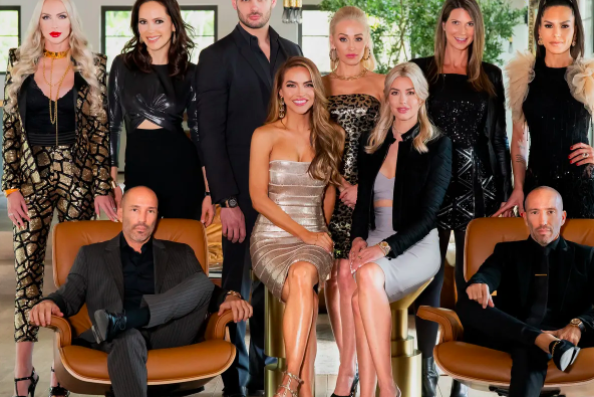 You know when you watch these shows and you wonder if they actually get along in real life or is it all just fake? Well, some of them do get along but according to Chrishell, not all of them do.

END_OF_DOCUMENT_TOKEN_TO_BE_REPLACED

"I'm not going to sugar coat it. We're not all friends, we don't all get along. But we try to," she said.

The series has yet to be officially signed on for a fourth season but with the reaction from fans it's looking like they will be back filming their glamorous lives in the near future.

If they do come back for another series there will be a lot of drama to catch up on. Chrishell revealed: "Some people have left, the brokerage has split, if the cameras picked up now, there's a lot to pick up on."

As for when we'll hear more about more gorgeous houses and real estate drama, she revealed: "They haven't announced anything officially, but I think we'll hear something very soon."

popular
The Body on The Cube has finally been unmasked after 11 years
WATCH: Paul Mescal and Daisy Edgar Jones's first Normal People audition is stunning
"I want to be a mummy:" Sam Smith on their dream to have children
Adele's American accent on SNL is making us feel some kinda way
Too many people with Covid symptoms not self isolating, says Tony Holohan
One of Europe's "most dangerous" criminals last seen in Dublin, says Europol
Someone has ranked the penis size of men from all over the world
You may also like
1 week ago
Elf on the Shelf is coming to Netflix because parenting in 2020 just isn't hard enough
2 weeks ago
The Haunting of Bly Manor's Flora is actually the voice of Peppa Pig
2 weeks ago
3 new Netflix additions you can cosy up with for October
2 weeks ago
The Princess Switch: Switched Again hits our screens next month
3 weeks ago
9 thoughts I had while bingeing Misfits for the first time
3 weeks ago
GLOW has been cancelled by Netflix because of Covid-19
Next Page