Sharon Osbourne has responded to earlier reports that she’s been fired from the X Factor after ripping into boss Simon Cowell during a radio interview in the US.

Yes, the former judge has taken to her social media to clear things up, saying:

“After watching the new season of The X Factor unfold, I’ve seen the new judges finding their rhythm and are doing brilliantly.

“Simon was so gracious to find me a spot on the live shows but at this point, I really don’t think I’m needed and I would honestly feel odd coming in at this point," she added.

"So I have decided to pass on the series this year.”

My official statement regarding @TheXFactor is at https://t.co/0xeV9J1sCI.
If it reads differently in the papers then it’s been altered.

Sharon went on to wish the show “continued success” and made a joking reference to the statements she made during her US radio interview on Howard Stern's show.

The reality TV judge attacked Simon repeatedly during the interview and addressed him replacing Stern on America’s Got Talent, saying:

“He wasn’t on TV in America and he’ll do whatever he has to do to get his f***ing fat face on TV.”

“As much as I love to get my face on TV you will have to do without me this season.” 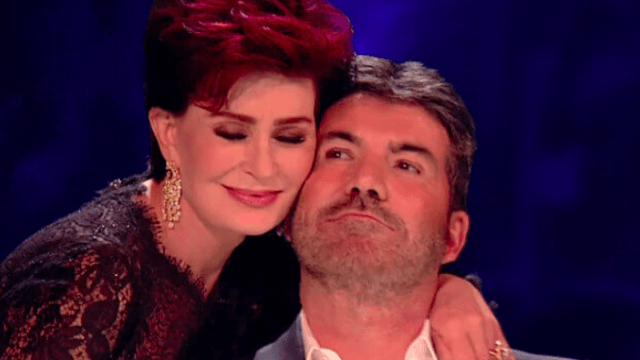 Since this morning’s news, an X Factor spokesperson has also released a statement, saying:

“The X Factor can confirm Sharon Osbourne has decided not to return to this year’s show.

“Sharon will always be a big part of The X Factor family and we wish her all the best for the future.”

popular
Love Island fans think someone has left after Luca arrives back to empty bed
Friends creator says they regret not using correct pronouns on the show
Penneys has a perfect dupe for Charlotte Tilbury's Flawless Filter foundation
Ofcom has received nearly 800 complaints about Love Island so far
Gemma Owen gets to know Jack Keating as her head turns on tonight's Love Island
Samuel gives his take on Paige and Jacques while Tasha cracks on with Billy in Love Island tonight
Ronan Keating worried about son Jack as he is "quiet" on Love Island
You may also like
3 weeks ago
Here's why Gemma and Luca have a fight on tonight's Love Island
4 weeks ago
One boy will be left single as Davide makes his decision on tonight's Love Island
1 month ago
Does how late you enter the Love Island villa affect your chances? A super scientific study
1 month ago
Baggs family leave Gogglebox for "lots of exciting opportunities"
1 month ago
Passenger suffered epileptic seizure amid Dublin Airport weekend chaos
1 month ago
Alexis Bledel quits The Handmaid's Tale before season 5
Next Page