It all begins (again) tonight.

Love Island has been 100% our type on paper, especially after the most recent season of the summer show.

But long before Caroline Flack and Iain Stirling captured our attention with the Love Island reboot three years ago, there was Are You The One?

The MTV dating series has been one of our most guilty pleasures for the last few years - and it’s finally back tonight.

The show follows 22 single people who claim they all “suck at love” as they try and find their perfect match.

Each of the contestants was secretly paired up into a couple by the producers using a matchmaking algorithm.

They then have to try and figure out all of the “perfect matches” while living together. 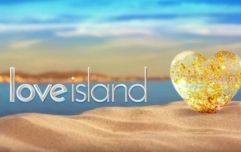 END_OF_DOCUMENT_TOKEN_TO_BE_REPLACED

The contestants have the opportunity each season to pair up into different couples for a chance to compete and win dates.

They’ll also have the chance to nominate couples to head into the Truth Booth, where the pair will find out if they really are a perfect match.

But if the cast don’t identify any matches other than those already confirmed during the match up ceremonies, they’ll find their prize cut by half - every time.

The long-running dating reality show returns for it's sixth season to MTV on October 3 at 9pm.


popular
Brad Pitt and Jennifer Aniston's SAG Awards backstage moment was pretty decent
The flattering €16 Penneys dress we'll be wearing every day for the foreseeable future
Met Éireann's forecast for the week is very, very chilly
These €30 Zara heels are seriously comfortable and you know they're going to sell out
Irish passengers 'stranded' in Poland after flight to Dublin was re-routed
The €15 Dunnes Stores top that we're totally obsessed with at the moment
The €30 New Look skirt we're going to be living in for the next few weeks
You may also like
16 hours ago
Love Island: Sophie steps in as the boys give Connagh grief
19 hours ago
Family of Love Island's Mike Boateng release a statement regarding publication of 'false stories'
1 day ago
Love Island's Siânnise slams Connagh for 'misleading' her in the lead up to the recoupling
1 day ago
It looks like winter Love Island may soon be getting their first Irish contestant
2 days ago
Love Island's Amy Hart says she will freeze her eggs over early menopause fears
2 days ago
The Love Island Villa is under quarantine due to an outbreak of a vomiting bug
Next Page