Sky's new true crime documentary The Disappearance of Natalee Holloway will have you hooked.

The six-part documentary series  landed on Sky Crime and NOW TV on March 8.

It examines the disappearance of 18-year-old Natalee Holloway, who was on a graduation trip in Aruba in 2005. Her case resulted in a world-wide media frenzy, yet Natalee's body was never found - and her father, Dave Holloway, has never stopped looking for answers. 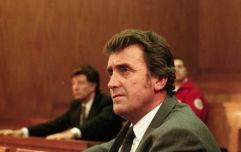 END_OF_DOCUMENT_TOKEN_TO_BE_REPLACED

12 years later, he is following what he believes to be the most credible lead to date - and he teams up with detectives to find out what happened to his daughter.

The documentary first aired on Oxygen in the United States back in 2017 - and you can check out the trailer for it below.

If you're looking for more true crime documentaries, we have rounded up some other ones available on Sky and NOW TV at the moment.

Killer Siblings: Reality series diving into the minds of evil siblings who committed some of the most chilling and notorious homicides together.

The Killing of Jessica Chambers: Documentary series exploring the horrific murder of 19-year-old Jessica Chambers in Mississippi in 2014. Two trials later, her family are still seeking justice for her tragic death.

Girls With Goals || Her · Ep.151: 'A Story Shared' - Aoife P. Rafter on blogging during a pandemic and living with CF
popular
Princess Diana's brother isn't happy with The Crown's depiction of his sister's marriage
Camilla receiving online abuse following The Crown's depiction of Prince Charles affair
Zoe Alexander Says X Factor Made Her Look Like a 'Fool'
Season two of Virgin River lands on Netflix this Friday
Someone has ranked the penis size of men from all over the world
AOC weighs in on Harry Styles' Vogue cover, says he looks "bomb"
Ex-housemate has no sympathy for I'm A Celeb's Jordan North - because he let her gerbil die
You may also like
1 day ago
Ice bucket challenge co-founder dies, aged 37
5 days ago
'Revenge porn': Why some victims don't want you to use the term to describe image based sexual abuse
5 days ago
Here's what to do if you have been affected by image based sexual abuse
5 days ago
Ireland's image based sexual abuse laws compared to other countries
5 days ago
"Love you forever King" Bobby Brown's son Bobby Jr. has passed away, aged 28
1 week ago
Nurse charged with murder of eight infants in UK denied bail
Next Page