We're a shower of messers, there's no doubt about it.

Tony McGregor spoke and the Irish public have responded with their... support?

First of all, if you haven't seen the video, take a look at it below. 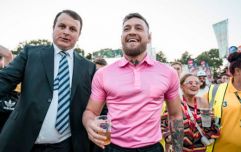 END_OF_DOCUMENT_TOKEN_TO_BE_REPLACED

We're sympathetic to Tony McGregor and all the excess coinage he has in his life thanks to those devilish machines at the DART station.

But thankfully, the people of Ireland are pulling together to help those in need and Emma Doran has set up a GoFundMe page to try and help Tony to get a leap card, to ensure something like this never happens again. 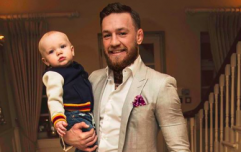 Junior McGregor got his granny a very lavish birthday present

END_OF_DOCUMENT_TOKEN_TO_BE_REPLACED

On the GoFundMe page it reads:

"Let's make sure Tony McGregor doesn't find him not too plussed again.

"What's this country coming to if you're excepted to carry aloada [sic] coinage while wearing a slim-fit, hand fitted Hugo boss suit.

"Let's get this money raised so Tony can get a leap card. Or we'll have to get Aoife McGregor to give Dublin Area Rapid Transport a buzz." 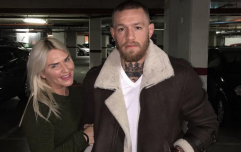 Conor McGregor had the sweetest message for sister Erin after DWTS

END_OF_DOCUMENT_TOKEN_TO_BE_REPLACED

And we're delighted to say that the page has reached its €20 target in a matter of hours, such is the generosity of the Irish public.

Currently €25 has been raised for the cause. Hopefully this will mean no more coinage lines in a slim fit Hugo Boss suit anywhere in the world.

People of Ireland, we salute you...

popular
Police believe they know what happened to missing dog walker Nicola Bulley
Louise Thompson required surgery after haemorrhaging at home
Siobhan O'Hagan reveals she's expecting her first child
Love Island's Anna-May admits she thinks one of the girls is playing a game
Kylie Jenner had an Astroworld themed party for her kids and fans aren't happy
Bachelor Nation star Sarah Herron's baby passes away shortly after birth
Here's why Nicola Peltz-Beckham's family are suing her wedding planners
You may also like
1 week ago
Conor Mcgregor hit by car ‘at full speed’ while cycling
3 months ago
It's 2022 and blackface is still being used as a Halloween costume...
3 months ago
Conor McGregor's mother Margaret responds to blackface claims
3 months ago
Conor McGregor slammed for Halloween photo of mum in 'black face'
3 years ago
'My babies' Dee Devlin shares first picture of daughter Croia with Conor Jr
3 years ago
Conor McGregor has announced his retirement from MMA
Next Page