If you have young children in your house – and a Disney+ subscription – chances are you are already humming this song to yourself on a daily basis.

Or hourly, in fact. Or, in my case, every second or every day it seems.

Disney's new movie Encanto has taken the world by storm, and children across the globe are already singing along to most of the animated film's new hits. And there is one song in particular which has everyone talking (and singing) – ironically – as the song is actually  titled: "We Don't Talk About Bruno." 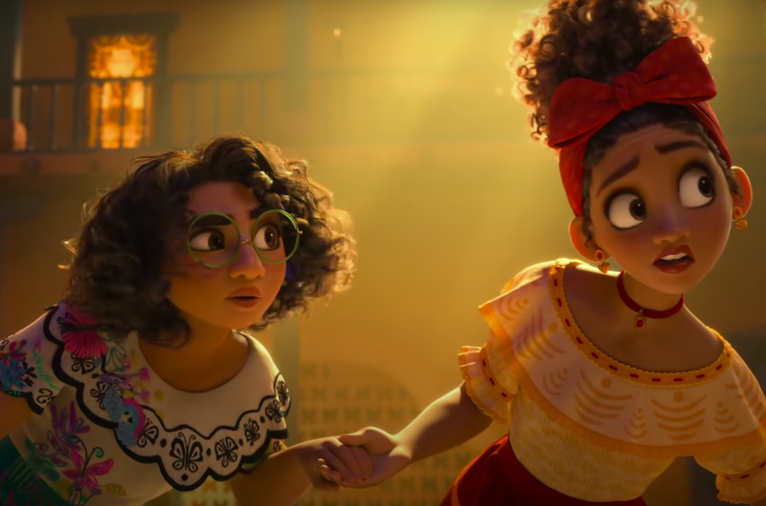 We Don't Talk About Bruno reached its new peak position of No. 4 on this week's chart thanks to 29 million streams and 8,000 downloads sold. And those numbers helped it surpass Idina Menzel's rendition of "Let It Go," which reached No. 5 in April 2014.

In fact, the only other songs from animated Disney films to reach a top-five position on the chart are Peabo Bryson and Regina Belle's Aladdin smash "A Whole New World," which hit No. 1 in 1993, Elton John's "Can You Feel the Love Tonight" from The Lion King (No. 4 in 1994), and Vanessa Williams' Pocahontas soundtrack song "Colors of the Wind," which also reached No. 4 in 1995.

The song We Don't Talk About Bruno is 'a gossip-esque song about Bruno Madrigal the rejected uncle of the Madrigal family - and one of three children born to Alma and Pedro Madrigal - whose gift for prophecy has left him estranged from the rest of his family; with the family members explaining in the movie why they 'do not talk about Bruno.'

popular
Traditional names such as Mary, Maureen, John and Michael may soon be extinct
Young mum packs her bags and travels the world with 3-year-old son
When can we expect the outcome of the Johnny Depp vs Amber Heard case?
Doctors urge women not to follow Kourtney Kardashian's 'semen' fertility advice
Charlie Bird has shared his bucket list as he hopes to see Bruce Springsteen next year
The 2 Johnnies share unbelievable catfish ordeal as woman 'targets 40 people'
Husband of school teacher killed in Texas shooting dies of heart attack
You may also like
1 week ago
Pirates of the Caribbean creators not ruling out Johnny Depp's comeback despite trial
1 week ago
Harry Styles to become next star to read a CBeebies bedtime story
1 week ago
Season 3 of Bridgerton will be all about Penelope Featherington
1 week ago
Neil Patrick Harris to star in new Netflix rom-com about a gay single man in Manhatten
1 week ago
Virgin River season 4 is coming – and here's what we know so far
2 weeks ago
Nick Cave pays tribute to son Jethro, who has passed away aged 31
Next Page