It has been reported this week that hit movie maker Quentin Tarantino is making plans for his retirement after he finishes his tenth movie.

Tarantino is currently finishing The Hateful Eight, which is his eighth movie and explained that he wanted to retire when he was still at the pinnacle of his success, after completing his tenth movie.

“I like the idea of leaving them (viewers) wanting a bit more. I do think directing is a young man’s game, and I like the idea of an umbilical cord connection from my first to my last movie,” the 51-year-old said, according to Deadline. “I’m not trying to ridicule anyone who thinks differently, but I want to go out while I’m still hard.

END_OF_DOCUMENT_TOKEN_TO_BE_REPLACED

“I like that I will leave a 10-film filmography, and so I’ve got two more to go after this. It’s not etched in stone, but that is the plan. If I get to the 10th, do a good job and don’t screw it up, well that sounds like a good way to end the old career.” 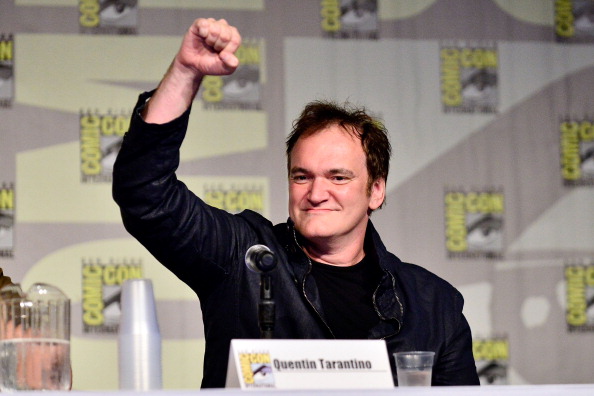 When asked what he was going to do if he did retire, he responded: “Writing plays and books, going gracefully into my tender years. I don’t believe you should stay onstage until people are begging you to get off."

The first of his "ten" movies was the 1992 hit Reservoir Dogs followed by cult classic Pulp Fiction in 1994. Other major hits have been his most recent Django Unchained in 2012 and Inglourious Basterds (2009).

“If later on, I come across a good movie, I won’t not do it just because I said I wouldn’t - but 10 and done, leaving them wanting more – that sounds right.”

popular
Paige Thorne breaks her silence on Jacques O'Neill drama
Love Island producers respond to claims Jacques was kicked off the show for "bullying"
Top tips for keeping your fake tan on for longer as the weather heats up
Apparently, THIS is the reason why Louise Redknapp split from Jamie Redknapp
Ekin-Su Cülcüloğlu signs the biggest fashion deal in Love Island history
Met Éireann extends high temperature warning for Ireland this weekend
Survey reveals the sexual positions women hate most
You may also like
2 months ago
Pirates of the Caribbean creators not ruling out Johnny Depp's comeback despite trial
4 months ago
WATCH: New camera angle shows Jada Pinkett Smith's reaction following Oscars slap moment
4 months ago
Will Smith was asked to leave Oscars but refused to leave, Academy says
4 months ago
Will Smith apologises to Chris Rock for slapping him at Oscars
4 months ago
WATCH: The trailer for Where the Crawdads Sing is here
4 months ago
Sneak peek: See the first images of Daisy Edgar-Jones in ‘Where the Crawdads Sing’
Next Page