The Bernard Shaw 'set to reopen' on Dublin's Northside next month

The Bernard Shaw is reportedly set to reopen on Dublin's Northside next month.

The beloved pub, located on Dublin's South Richmond Street, announced earlier this month that it would closing at the end of October 2019.

However, according to The Irish Times, the Bernard Shaw will soon be on the move - and has taken over the Porterhouse Whitworth, at Cross Guns Bridge.

Bodytonic's Trevor O'Shea told the publication they would be "pretty much transplanting" everything from the Bernard Shaw to the new location.

“Some things won’t fit – we don’t have loads of wallspace for art. There is indoor and outdoor space, but it is smaller.

"We will launch it the same weekend we close here [the Bernard Shaw]. We might keep the name, or start with a new name, we are not sure yet.” 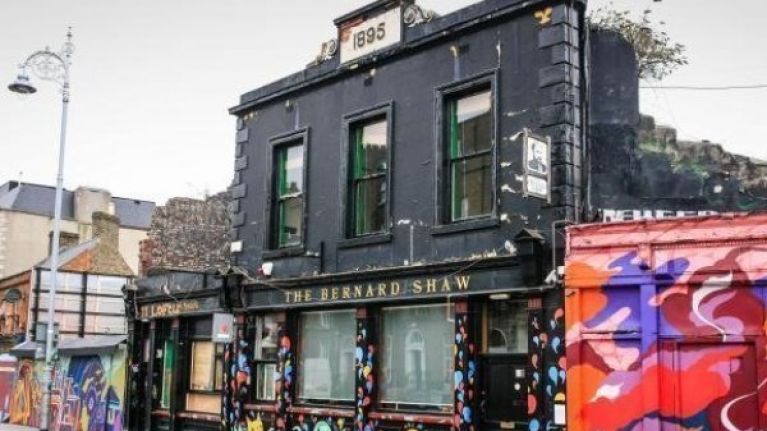 In a statement in early September, a spokesperson for the pub confirmed the news of The Bernard Shaw's closure.

At the time, they said:

"It’s with heavy hearts that we announce the end of our Bernard Shaw adventure. At the end of October 2019 we will close the Shaw, Eatyard, all organisational, art and performance spaces and everything else in the building and yards – for good.

"We’ve tried really hard over the last few months to renew the lease, stay on longer, or buy the place. A lot of things didn’t go our way over the last 12 months either, but it’s out of our hands now unfortunately."


popular
Olly Murs has shared an incredibly emotional tribute to his dear friend Caroline Flack
Penneys is currently selling €11 loafers that look JUST like the famous Gucci ones
Holly Willoughby just wore the cutest €40 dress from Marks and Spencer
Say hello to the €45 face oil that Kate Middleton absolutely SWEARS by
Hallelujah! The 3 quickest ways to get rid of belly bloat
Say hello to the €46 Bershka dress that everyone needs in their spring wardrobe
Tonight's episode of Love Island will not be aired following the death of Caroline Flack
You may also like
8 months ago
The Bernard Shaw may have to close its beer garden and Big Blue Bus
3 days ago
Netflix's Love Is Blind is the reality TV show you need to watch this weekend
3 days ago
Here's who will be on The Late Late Show's Valentine's Day special
3 days ago
Galentine's Day: 7 movies to watch on Netflix if you're staying in with the gals tonight
3 days ago
Better mark the calendars, the premiere date for season two of Netflix's After Life has been announced
3 days ago
'Having a deaf doctor on a show like this could change lives': Shoshannah Stern on introducing the first deaf doctor to Grey's Anatomy
Next Page