The Book of Mormon is going to be coming to Dublin

The Tony Award-winning musical The Book of Mormon is going to be coming to Dublin.

The news was confirmed via the musical's social media channels earlier this week, as they shared a photo of an advertisement for the show at St. Stephen's Green. 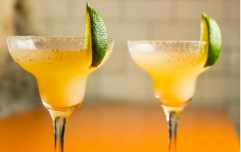 END_OF_DOCUMENT_TOKEN_TO_BE_REPLACED

"#TheMormonsAreComing TO #Dublin," they captioned the post. "OH COOL, the home of Guinness and Leprechauns! Good things come to those who wait-list."

So, there's no exact date for when the musical is going to be arriving just yet. However, since the show is touring the UK through 2020, it's looking likely that any Dublin shows will be taking place in 2021.

You can register for more information (and to get presale access) right here.

The Book of Mormon follows two young missionaries - Elder Price, an enthusiastic go-getter with a strong dedication to his faith; and the socially-awkward but well-meaning Elder Cunningham, whose tendency to embroider the truth soon lands him in trouble - who get sent to a remote village in Uganda to spread the word of The Church of Jesus Christ of Latter-day Saints.

Upon their arrival in Africa, Elders Price and Cunningham find that a successful mission may not be as easy as they expected - as the villagers are more concerned about the various pressing issues that they face, including AIDS, poverty and violence.

The musical's arrival in Dublin comes almost a decade after it first debuted on Broadway. Following its success in the United States, it debuted in the West End in 2013.

Girls With Goals || Her · Ep.155: 'Bits of Me' - Linnea Dunne on the importance of women's health
popular
Scarlett Moffatt discovers ‘30% rain’ on weather app doesn’t mean chance of rain
Princess Anne: Harry and Meghan were right to quit royal duties
Lady Gaga's dog walker shot as her two dogs are stolen
Chloe Ferry and Wayne Lineker announce "engagement"
Baileys chocolate cupcakes are coming just in time for Mother's Day - and any day, really
Met Éireann predicts dry, bright, and sunny weekend
Anne Hegarty shook by "worst ever" final Chase
You may also like
13 hours ago
Teenager seriously injured in Dublin shooting
3 weeks ago
Deliveroo workers in Dublin seek meeting with Gardaí over threat of knife attacks
3 weeks ago
Central Bank to become the new headquarters for Pokemon
4 weeks ago
Teenage boy stabbed to death in Dublin
2 months ago
3 Dublin Christmas markets we're dying to check out this weekend
3 months ago
Singing crowds gather on Grafton Street amid Level 5 restrictions
Next Page