Ooooh, this is going to be good.

Production on Grey's Anatomy's season 16 is officially underway - and we've already got our first look at the set.

Giacomo Gianniotti, who plays Dr. Andrew DeLuca, to share a behind-the-scenes photo with Ellen Pompeo which seems to hint at a much happier time for their two characters.

But then again, it would hard for it to get any worse than one of them being behind bars.

The photo shows Pompeo seemingly wearing a pair of pyjamas, with Gianniotti wearing scrubs - which seems to resolve some of last season's cliffhanger, at least.

Alongside the photo, the actor wrote:

"First day back at work with this beauty! @ellenpompeo.

It comes as Grey's Anatomy boss Krista Vernoff revealed what's next for DeLuca after that massive cliffhanger.

The end of season 15 saw DeLuca step in and try to take the fall for Dr. Meredith Grey, after she committed insurance fraud to help a father and daughter seeking asylum - and saved the daughter's life. 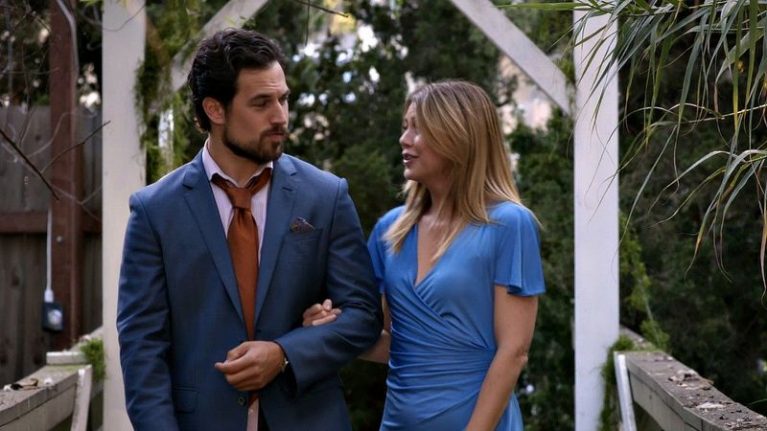 The season finale ends with DeLuca and Meredith intending to come clean about what really happened.

However, by the end of it all, both of the characters' fates are a bit up in the air. 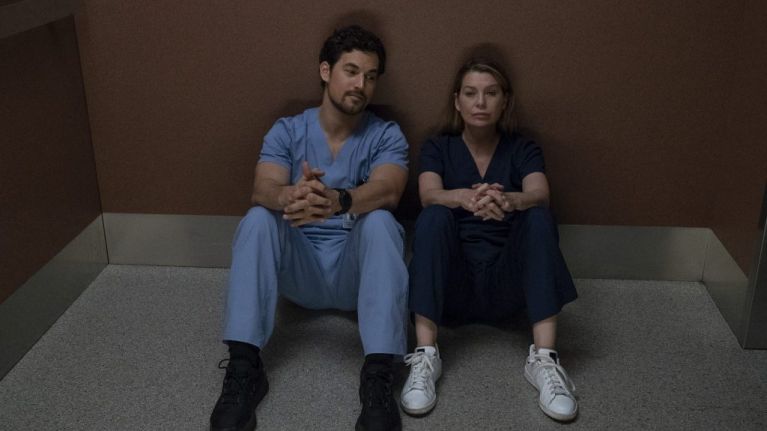 Vernoff pointed out to TVLine that "we have painted ourselves into a very real corner" with DeLuca, particularly as he had claimed it was him - and not Meredith - who committed the insurance fraud.

“It’s safe to say [that getting him out of that corner] is going to be complicated," she added.

popular
QUIZ: Can you guess the TV series from the intro lyrics?
People are freaking out thinking that their star signs have changed
Will Smith admits to 'failing miserably' in 21-year marriage to Jada Pinkett Smith
Someone has ranked the penis size of men from all over the world
A new social distancing outdoor escape game is coming to Ireland this August
How to INSTANTLY unblock your stuffy nose (we swear this works)
The trailer for The Deceived has dropped, the new thriller starring Paul Mescal
You may also like
3 months ago
Season 16 of Grey's Anatomy begins in Ireland tomorrow night and the excitement is real
3 months ago
Season 16 of Grey's Anatomy has been shortened due to the coronavirus outbreak
3 months ago
#Covid-19: Grey's Anatomy donates supplies to hospitals to fight coronavirus pandemic
4 months ago
Grey's Anatomy's Camilla Luddington confirms she is expecting her second child
4 months ago
Ellen Pompeo says Alex Karev's exit from Grey's Anatomy was the 'best possible storyline'
4 months ago
Grey's Anatomy has said goodbye to Alex Karev with a heartbreaking twist
Next Page