In light of the marriage referendum taking place on May 22nd, tonight’s Late Late Show included a debate with representatives from both the "Yes" and "No" campaign.

From their individual perspectives, to answering audience questions, the debate caused a stir online.

Here is some of the reaction from Twitter tonight: 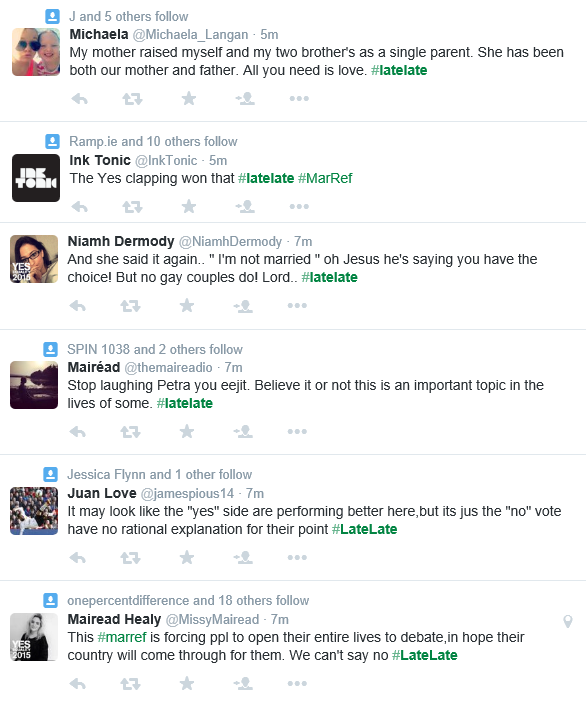 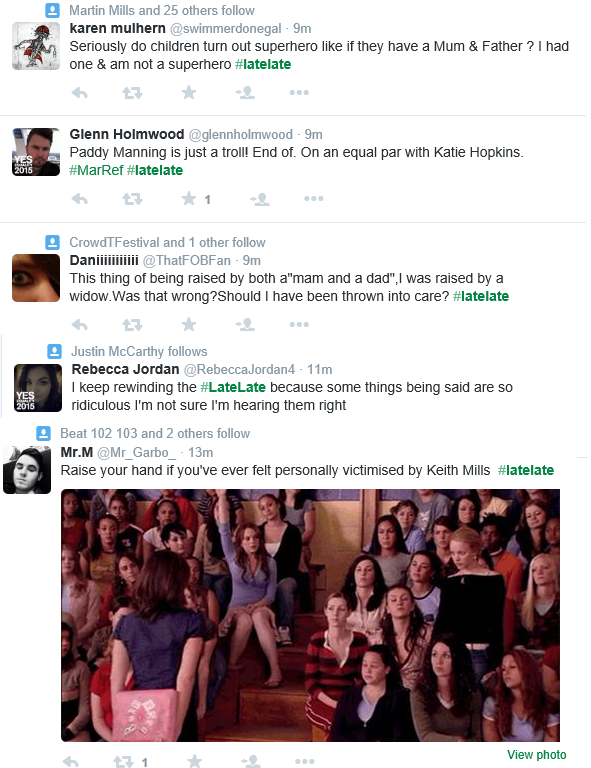 popular
Princess Charlene in "very vulnerable" condition, says father
Charlie Bird says he "cries every day" as he struggles to cope with MND diagnosis
Real Housewives of Johannesburg star Naledi Willers dies aged 30
Boris Johnson announces birth of "healthy baby girl"
Concerns over travel restrictions this Christmas due to “significant numbers” of Omicron
Marty Morrissey to take a step back from RTÉ after tragic death of mum Peggy
Pippa O'Connor "forever grateful" as she goes to Billy's last check up in Holles Street
You may also like
4 months ago
Peachy keen, jellybean! A Pink Ladies TV show is officially in the works
4 months ago
Hope is missing from Virgin River season 3 - here's why
2 years ago
Tonight's episode of The Rotunda will have you in tears
3 years ago
Did you spot this massive Phoebe mistake in the first episode of Friends?
3 years ago
This is what First Dates' barman Merlin Griffiths does in real life
3 years ago
Love Island's Eyal linked to a contestant from last year's show
Next Page