Boris Johnson is back in the game.

It didn't take the former Mayor of London and one-time UK prime ministerial hopeful long to find himself another cushy number.

The bumbling blond bagged himself one of the most sought-after jobs in government, when he was named Foreign Secretary by new PM Theresa May.

Despite a litany of gaffes and insulting slurs against everyone from Liverpudlians to the people of Papua New Guinea, Boris will be Britain's representative to the world.

Yet just hours after he landed the top job, Wikileaks' official Twitter account gave everyone a gentle reminder of how he's viewed across the pond in the good old USA.

It won't make for enjoyable reading in the Johnson household, that's for sure.

The rather uncomplimentary email about Boris is purportedly from US diplomats that was leaked by WikiLeaks in 2008 as part of a tranche of hundreds of thousands of diplomatic cables. 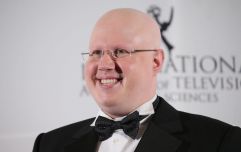 Have you seen Matt Lucas' bang on impression of Boris Johnson?

END_OF_DOCUMENT_TOKEN_TO_BE_REPLACED

“Conservative candidate Boris de Pfeffel Johnson’s successful candidacy for the Mayor of London has defied the laws of political gravity.

“He was also sacked as a member of the Shadow Cabinet for lying about an extra-marital affair.”

popular
Louise Redknapp just admitted a shocking truth about her ex husband, Jamie Redknapp
It's staycation time! WIN a two-night stay and dinner in a Select Hotel of your choice
Will Smith's son from Independence Day looks VERY different these days
Someone has ranked the penis size of men from all over the world
Here's what happens on every day of your menstrual cycle (roughly)
From blonde to brunette - 6 things I wish I knew before going back to my roots
Kitchen Crusade: Two ingredient Nutella cake... or chocolate omelette, whichever
You may also like
2 months ago
Boris Johnson and Carrie Symonds announce birth of first child
3 months ago
#Covid-19: Boris Johnson has tested positive for coronavirus
3 months ago
#Covid-19: Boris Johnson announces three-week lockdown for the UK
3 months ago
WATCH: Three grandmothers, friends for over 40 years, plan to self-isolate together
4 months ago
Boris Johnson and Carrie Symonds are expecting their first child together
6 months ago
UK general election sees Boris Johnson secure a conservative majority
Next Page