Titanic is coming back to cinemas across Ireland for one night only - and it’s going to be emotional.

The iconic film will be returning to the big screen on August 17 at 7pm at Odeon Cinemas across the country twenty years after it was first released to celebrate the milestone anniversary.

And if you needed even more of a reason to see it, tickets will be 2 for 1 on the night - so grab your best pals and get ready to belt out Celine Dion's My Heart Will Go On as the credits roll. 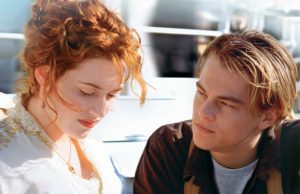 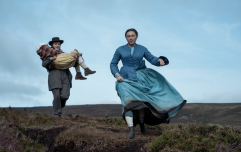 END_OF_DOCUMENT_TOKEN_TO_BE_REPLACED

The blockbuster film has had success since its release in 1997, grossing over $2 billion worldwide to date.

Even though it cost a whopping $200 million to make, Titanic went on to get 14 nods in the 70th Academy Awards - and walked away with 11 wins.

And despite Leo and Kate won legions of fans over with their on-screen love affair, it turns out studio bosses originally had an entirely different actor in mind to play Jack - Matthew McConaughey.

But James Cameron insisted on having Leo in the lead, much to fans of the film’s delight.

Check out Odeon's website and social media channels for more information on how to get tickets.

popular
Here are the baby name trends set to dominate 2023
Love Island's Faye Winter says she feels like she's "failing" as an influencer
5 delicious brunch spots around Ireland to try out on your next trip with the girls
Selena Gomez calls out "vile and disgusting comments" following Hailey Bieber interview
The beginner's guide to upcycling: 3 essential tips for embracing DIY at home
Stacey Solomon addresses previous comments about the monarchy
Netflix's Dahmer series' inaccurate key detail changes everything
You may also like
1 year ago
Derry Girls creator hints the gang could return for a movie
1 year ago
Patrick Dempsey says he "fell in love" with Ireland while filming Disenchanted
1 year ago
Coco is officially the Ireland's favourite Pixar film, according to science
1 year ago
Nicolas Hoult cast in lead role of Dracula spinoff movie Renfield
1 year ago
QUIZ: How well do you remember Uptown Girls?
1 year ago
Don't panic but Chris Pine has been spotted in Ireland
Next Page