The Irish actress swung by the studio to discuss an array of topics, from her family's Jewish heritage as well to her experience with motherhood. 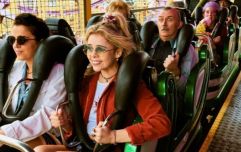 END_OF_DOCUMENT_TOKEN_TO_BE_REPLACED

However, the conversation turned to sex, and many viewers were left perplexed by the jump in tone.

The Navan comedian asked about her "relationship with sex", before adding, "If it's an unfair question Amy, we can leave it."

Amy however, seemed happy enough to respond, and spoke about the importance of physical touch and love.

Over on Twitter, some fans felt that it was an uncomfortable moment.

One wrote: "Tommy had a very rare misstep tonight with Amy Huberman and a question about sex. Awkward to watch but she handled it well."

“He understood the determination that you need to do what you do”@amyhuberman chats to @Tommedian about how husband Brian’s own career, meant he got the bravery you need to have, to put yourself out there as an actor #TommyTiernanShow pic.twitter.com/oIVXYW8R4S 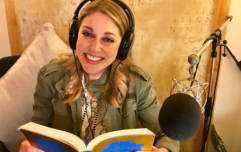 END_OF_DOCUMENT_TOKEN_TO_BE_REPLACED

A third tweeted: "Is Tommy Tiernan for real - would he have asked a male interviewee the same question about sexual intimacy?"

Others felt that there was nothing wrong with Tommy's line of questioning, and that sex shouldn't be a taboo topic.

One shared: "The beauty of Tommy Tiernan, is that he'll ask questions others wouldn't dream of asking. And invariably, he'll get a response."

Others praised Amy for the interview, generally.

One fan wrote: "I'm a massive @amyhuberman fan & am always just left with the impression of her overall loveliness. No less so after a fab #TommyTiernanShow interview - even the sex question!"

popular
Bride asks for divorce day after wedding following groom's disrespectful cake stunt
These are the most popular names for babies born in February
Gwen Stefani reportedly pregnant with baby number four
Natalie Imbruglia's Torn is actually a cover and the original just isn't the same
The Greatest Showman is becoming a Broadway musical and we need a second
'He's a changed man': Woman marries her 'high school bully'
Here's why Nicola Peltz-Beckham's family are suing her wedding planners
You may also like
1 month ago
Amy Huberman opens up about the first Christmas without her father
2 months ago
Amy Huberman marks six months without her dad in Instagram post
4 months ago
Brian O'Driscoll brings the wrong dog home from the groomers
8 months ago
Amy Huberman's father dies after battle with Parkinson's
1 year ago
Angela Scanlon is opting for a home birth after "scary experience"
2 years ago
Amy Huberman and Brian O'Driscoll welcome third child
Next Page