Oh how we've missed him.

All hail the king of Friday nights - The Graham Norton Show returns to BBC1 tonight.

Fresh off his book tour of the US (if you don't mind), the Cork native is back with a bang as he's really outdone himself with tonight's line-up.

END_OF_DOCUMENT_TOKEN_TO_BE_REPLACED

The absolute ridebag will be there alongside Hollywood royalty Harrison Ford to promote their new film Bladerunner 2049.

END_OF_DOCUMENT_TOKEN_TO_BE_REPLACED

Harrison will also be chatting about the upcoming fifth Indiana Jones movie, which he says will revisit the classic character later in life.

If that weren't enough, one of our all-time favourite actresses is on the couch to get us excited for her latest rom-com - Reese Witherspoon will be talking about her new film Home Again.

Plus, Margot Robbie will join Graham and the gang to promote her new film Goodbye Christopher Robin, in which she plays Daphne de Selincourt, wife of Winnie-the-Pooh creator A. A. Milne. 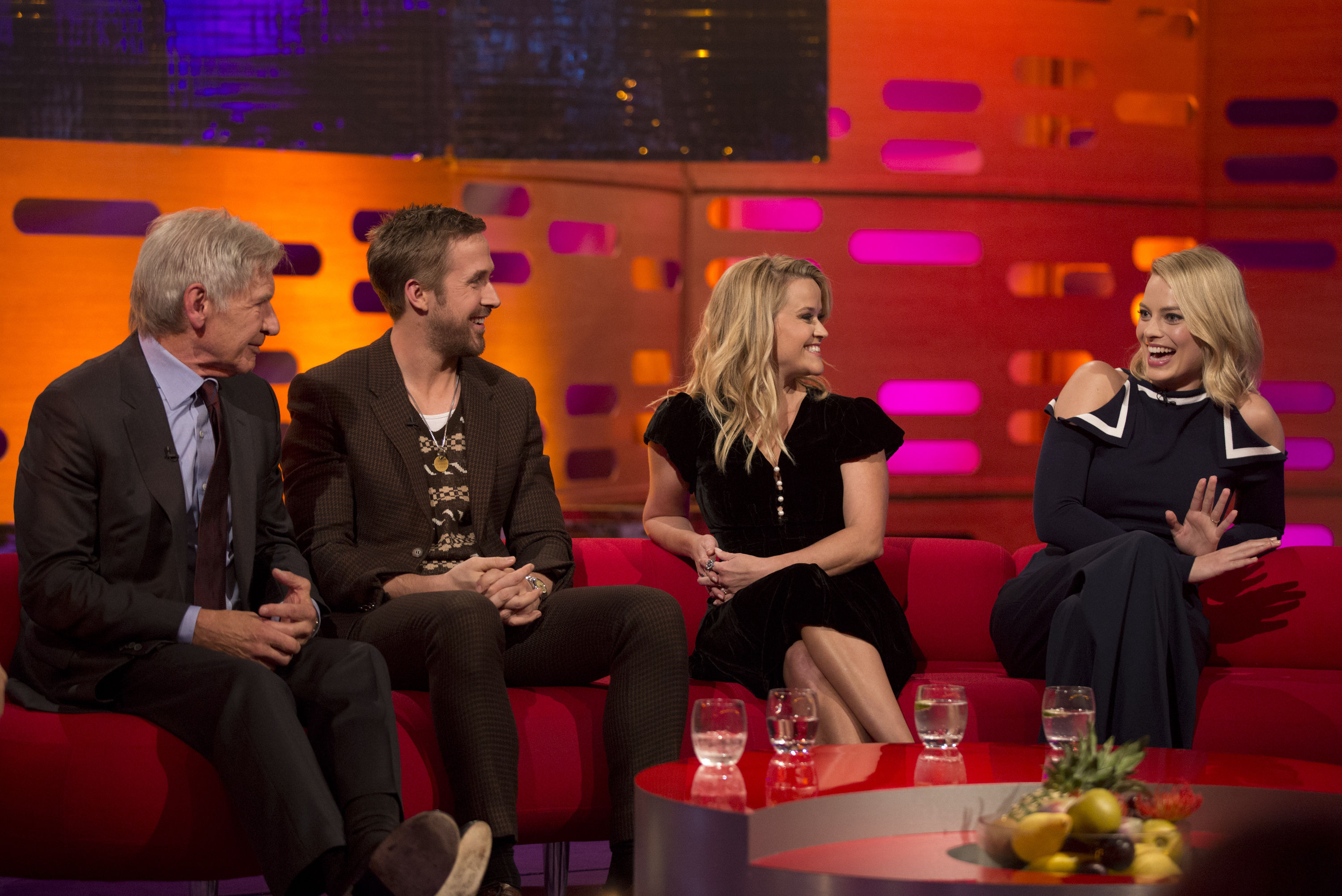 Ryan Tubridy may be sitting down with former US Presidential candidate Hillary Clinton on the Late Late tonight but we may have to turn over for this...

popular
Lauren Goodger assaulted and taken to hospital after baby girl's funeral
Tasha's dad responds to Jacques' Instagram video
Barry Keoghan and girlfriend Alyson welcome their first child together
Archie Battersbee dies age 12 as life support is withdrawn
Everything we know about the Love Island reunion
These baby names are set to be popular in 2030 (so maybe get in there now!)
Why Are Men so Obsessed With Boobs? The Answer is Pretty Surprising...
You may also like
3 weeks ago
WATCH: The trailer for The Handmaid's Tale season 5 is here
1 month ago
Hang on, is Boris Johnson entering the Love Island villa tonight?
1 month ago
NOW announces large price reduction to its monthly membership
1 month ago
Netflix CEO confirms adverts are coming to the service
1 month ago
Netflix looking for participants for Squid Game reality series
1 month ago
Here's why Gemma and Luca have a fight on tonight's Love Island
Next Page